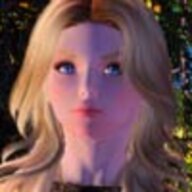 So I got this amazing idea. I just thought of an idea on how she can become Neo Queen Serenity. Ok, it start outs like this. She has to become queen somehow but it's not like Earth's countries will just hand it to here. Here is what would happen.

First, she has to travel to the United States and decides to run for President. She wins big and has to build up America's army to completely ally with Japan's Self Defence Forces and the Sailor Guardians.

Next, she looks at all of wars, dictators and terrorists all around Earth and has to go out and defeat them. Here is how she does it.

Before I get there, she will have to wear a white tanktop similar to John McClane from Die Hard and have bullet belts like Rambo. Oh yeah, she will be armed with an M9, a machine gun, an AK47, a Barrett 50 sniper rifle and a military knife.

First, she has to travel to Iraq and Syria and she will have to do this alone but every now and then she will call for support from the Sailor Guardians. She will parachute into Syria where she has to take out the leaders of ISIS. She will have to use stealth but will eventually go into battle with them. Once she is in there, she has to snipe out 2 bad guys before making her way into the terrorist leader's hideout. Just before she gets in, she and a bad guy get into a gun battle and exchange bullets to kill a few bad guys.

After she defeats them, she engages in combat with the ISIS leader and he is fighting with an attack chopper. Usagi uses a nearby RPG 7 to take down the chopper but before she can fire, the chopper files a missile but she jumps onto the missile, jumps off and fires the rocket launcher onto the helicopter, killing him.

Next, she has to sneak into North Korea. Snipe out a few bad guys and then comes across Kim Jong Un. The 2 fight for a short amount of time until Usagi grabs him and chokes him to death. The alarm goes off and all of North Korea's army is out to kill Usagi. She has to shoot her way out of Kim's Mansion and hops onto a 50 Cal machine gun, gunning down all of his army until North Korea is liberated. One of their generals sets the nuclear missile to hit Japan but Usagi is able to shoot it down, preventing a nuclear strike.

She then learns that all of this was planned out by Iran's dictator. She has to go all the way to Iran and calls in Support from the Sailor Guardians to fight Iran's army. She eventually comes across the dictator and shoots him. Just when she thought she took out the villain. The true villain appears, the former Shah of Iran and says "Well done Usagi, you have done well for me. He was my puppet the whole time. Do not worry, I have already made a missile that will reach Japan and America".

Usagi says "Not today, mother****er!" The 2 engage in hand to hand combat. He pulls out his knife, she pulls out hers, both fight. Usagi gets stabbed in the hand, the Shah almost chokes her but she is able to overpower him, pushing him aside. She grabs his knife, throws it at him and he falls to his death.

The whole world thanks Usagi for preventing nuclear war and decides to make her become queen of Earth, and she decides to have Tokyo become Crystal Tokyo and Earth's capital.
Last edited by a moderator: Jan 17, 2020

Credit to Prince Rose for adding the borderline to the sig.
Likes: Stari Guestie 39 and Onuzim Ima

I think, before her ascension, she also has to put out the fire in Australia - how'd she do that? 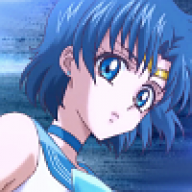 @Lord Mala Wow, somebody's in dire Need of a good cup of Coffee...

I want a side arc devoted to beating Boko Haram and healing the child soldiers.
Getting back to business. 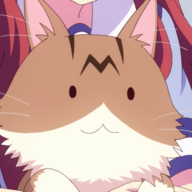 Lord Mala said:
After she defeats them, she engages in combat with the ISIS leader and he is fighting with an attack chopper.
Click to expand...
Your story is a bit outdated - ISIS is an old news already. I suggest you replace the ISIS part with Usagi confronting China's Xi Jinping and strangling him until he agrees to sign trade agreements favoring USA and Japan. 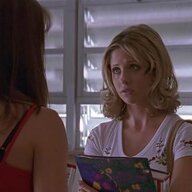