MariaTenebre said:
Interesting Princess Venus but in our joint RPG Gulay is the Moon of the planet Grimm from the Sera Myu and Moss aka Seika Hoshino is Sailor Grimm and Rose's younger sister.

the other is Chaos/Galaxia herself no explanation needed

the redhead in glasses is Flora she gets redeemed later on

the one winged redhead is Flora's sister Nia

secretly Damia was the mastermind behind Valorc

I dunno if I posted this, but I made Sailor Templar from that flash game.

Yinggirl said:
I dunno if I posted this, but I made Sailor Templar from that flash game.

I was playing around with the Senshi Maker and I came up with these cute designs that I thought I'd share. Their names are Chocola Sailor Moon (Left) and Vanilla Sailor Moon (Right). The idea behind them is if Sailor Moon went the Precure route and focused on different Sailor Guardians in an alternate universe each season. Their season would be sweets-themed. 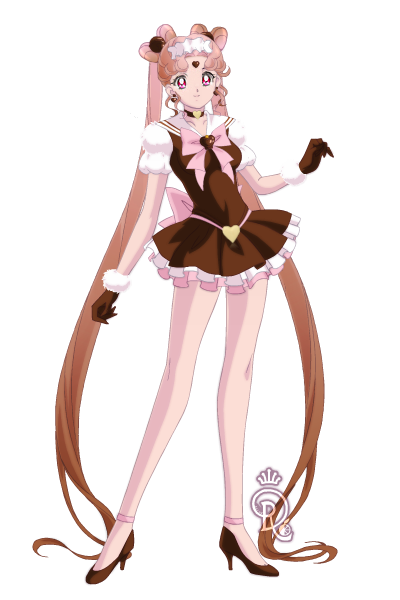 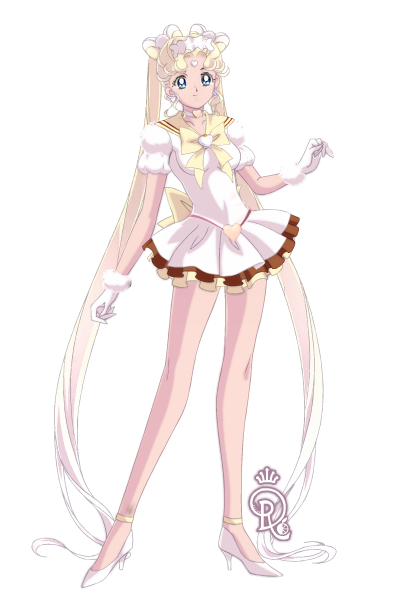 This is a design I made for Usagi's next form after Eternal, and in my headcanon, her last form as Sailor Moon (before becoming Sailor Cosmos thousands of years later). 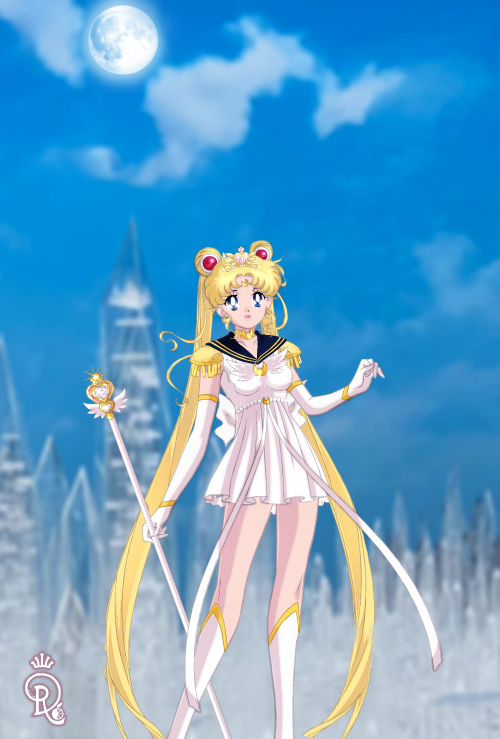 I've seen a lot of fanmade designs that acted as a halfway point between [Eternal] Sailor Moon and Sailor Cosmos, but I've never fully liked them because they were either way too busy, or looked too much like Usagi in a simplified version of Sailor Cosmos' uniform. I wanted something that kind of mixed elements of Sailor Moon, Neo Queen Serenity and Sailor Cosmos, and tbh I'm very satisfied with what I came up with. I'm enjoying how the military feel of the gold epaulettes contrasts with the angelic whiteness of her dress.

In my personal headcanon (which I guess you could say is how I would view a sixth arc of the manga), due to Chibiusa's (and Sailor Cosmos') presence in the past, Usagi's timeline diverges significantly from the one we see in the 30th Century. Usagi and Mamoru ascend the throne, but they are referred to as Queen Usagi Serenity and King Mamoru Endymion. Princess Small Lady Chibiusa is born, but she ages normally.

Moreover, I think Usagi, unlike Neo Queen Serenity and Sailor Cosmos, won't lose confidence the same way and will only become more powerful. Despite ascending the throne, she won't lose her powers as Sailor Moon and will instead transform into Sailor Moon CL by shouting out Moon Cosmic Eternal Power, Make Up. In this form, she is geared more towards resolving conflicts, especially ones that arise within the galaxy. But she can also fight when needed. She wields an upgraded version of Neo Queen Serenity's Heart Moon Rod, known as the Miracle Heart Rod which she uses to perform Moon Miraculous Mediation.

Sorry for the wall of text, but I actually put a lot of thought into this one.

So with the current happenings in the USA and this is posting Sailors using Drachea artwork, this is his current commission.

Ignore the potato quality. I do NOT have access to an actual computer at the moment.

Anyways, I had the idea of Planetary Senshi for other series. 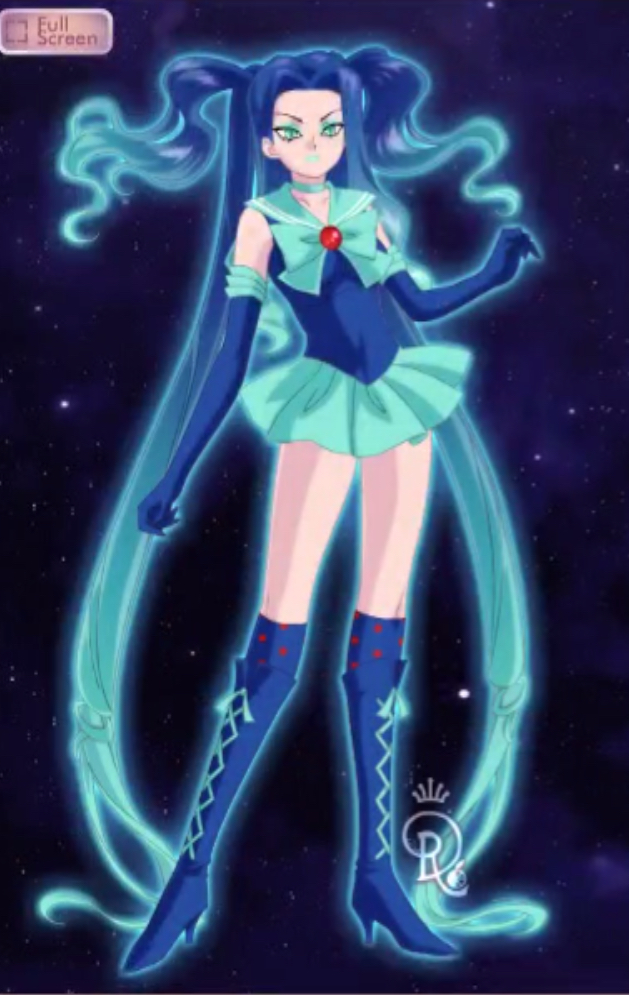 Originally born a Senshi like any other, it didn’t take long before she was corrupted by Phazon. She barely seems to possess any agency of her own. In fact, it almost seems like she’s being manipulated by Phaaze itself... Naturally, her attacks are all Phazon based.

About Phazon, for those who’ve never played Metroid Prime: A semi-sentient, highly radioactive substance originating from the planet Phaaze, known for its extreme mutagenic and energy-producing properties. It was referred to as “The Great Poison“ by the Chozo. Capable of interstellar propagation, accomplished by the assimilation and destruction of its host planet's ecosystem. Most in direct contact with Phazon, die within seconds. Even living within an area with high Phazon concentration can be fatal over time. However, life forms with prolonged Phazon exposure that do not die are horribly mutated.


Temptation’s Kiss: in some ways, the exact opposite of renowned Senshi Sailor Moon’s healing abilities. Rather than healing, Sailor Phaaze corrupts living beings with a highly controlled dose of Phazon.

Corrupted Blood: As a result of Phazon corruption, her blood is practically liquid Phazon. She can control it to some extent, or even revert her whole body into liquid Phazon. It is very rare, and beyond even her own control, but there are times where the Phazon she “bleeds” mutates into Red Phazon. The reason for this is unknown, but it COULD be the source of the Red Phazon that has otherwise only been seen on Tallon IV, especially if she tends to visit locations impacted by the Leviathans.

* She passively and constantly exudes Phazon radiation. Exposure is almost instantly fatal for most “lower” life forms. Even other Sailor Senshi can’t remain around her for long, or else they may suffer negative effects that fall in line with the recorded symptoms of Phazon Madness, namely severe dementia and increased hostility towards others.

* To elaborate on her will, there are times where she displays awareness of how dangerous Phazon is, but she’s barely in control of most of her actions, even as she spreads it throughout the cosmos.

* Potentially able to assimilate the abilities of Sailor Senshi she corrupts, albeit with corrupted versions of their moves. For example, Shine Aqua Illusion would become Phazon based, with the name “Phazon Illusion.”
Last edited: Oct 1, 2020

”I’ll show you a type of power that transcends your meager understanding of reality...” 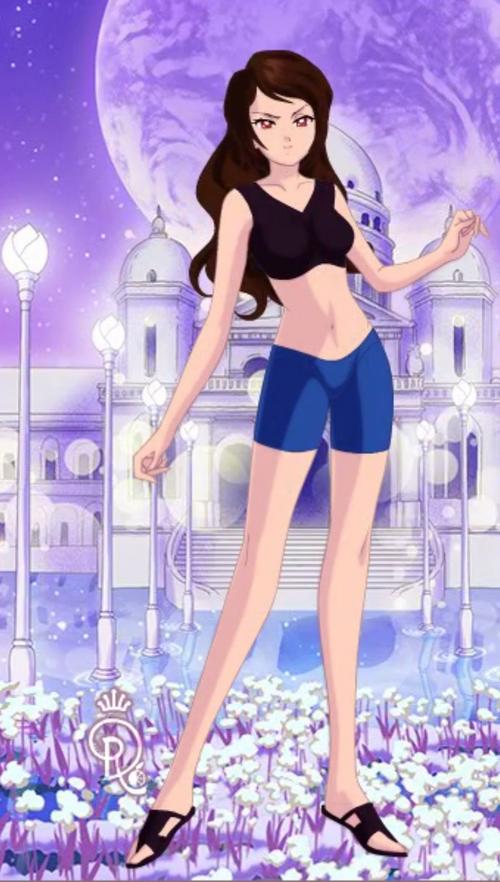 The mysterious Princess Mayu Fuyumi, the main antagonist of Sailor Moon: Eternal Stars. Hailing from another galaxy, she’s traversed both time and space, including alternate realities, though her goals are currently a mystery. But it’s gotten alternate versions of the Sailor Senshi involved.

For whatever reason, despite allegedly being after the Silver Crystal, she’s surprisingly amicable towards Usagi and friends (more so Usagi, she even hangs out with Usagi and Naru for a day!). She’s also not working under an incarnation of Chaos, nor is she an incarnation of Chaos herself, which, for a Sailor Moon Big Bad, that’d be a first.
Last edited: Sunday at 2:24 PM

I feel like I’m the only one using this thread...


Rei’s (adopted) older sister from Bishonen Senshi Sailor Moon, Kumiko Kurasu. Her birth family‘s history with the Hino family dates all the way back a thousand years, to the Silver Millennium. She has some connection to Phobos and Deimos (being a descendant of one of them.)

* It is unknown what happened to her birth parents.

* Temporarily became a Sailor Animamate under the name “Sailor Ruby Raven.” Given her brother’s budding friendship with Galaxia (quite the story there) by the time she started to mind control him (More so to avoid having to fight him), she and her brother essentially got preferential treatment. She fully and shamelessly admits that she found Sailor Galaxia attractive, and still wears her old Shadow Galactica bracelets, her way of honoring Galaxia‘s final act, sacrificing her life to save Rei’s.
Last edited: Sunday at 2:22 PM

I do have a worry about this Doll Maker.

Is there any way doll maker can be ported to another platform or is it also going to be virtually inaccessible after Flash is EOL?
Princess Nadia - Code Name: Marle

Guardian Princess Nadia said:
I do have a worry about this Doll Maker.

Is there any way doll maker can be ported to another platform or is it also going to be virtually inaccessible after Flash is EOL?
Click to expand...
Huh, you know, I’ve been thinking about that for a while, actually. Has anyone asked them about it?

I have no idea who to ask, and no one listens to me anyway.

To prevent this from being a useless bump, I decided to post some images I made years ago. 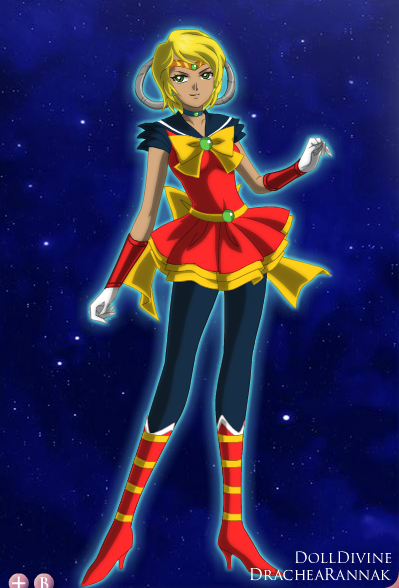 This Sailor Guardian is the reincarnation of a certain rebellious reploid, the Space-Time Jumper. She is Sailor Boomer Kuwanger! 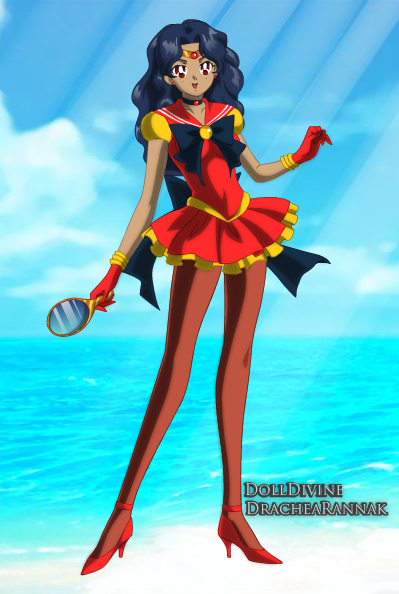 How dare you call her artistic battle style "Maverick?" She is the Military General of the Deep. She is Sailor Launch Octopus! 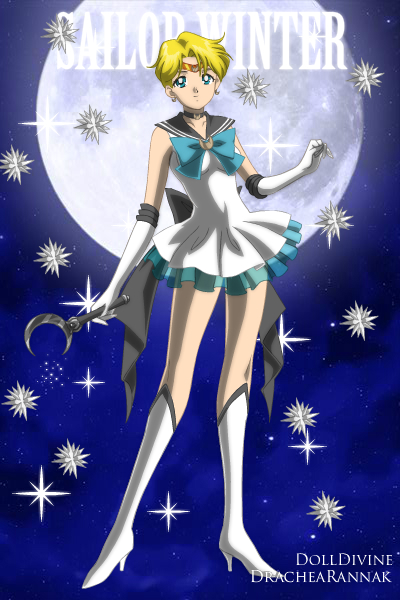 Here's a lady who commands the season of ice and snow. Watch out Sailor Moon, there is a new Lunar Warrior in town. She is Sailor Winter! 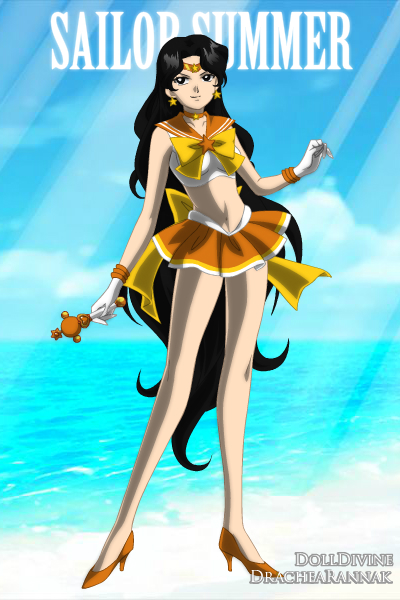 They may call it the dog days of summer, but she's a real bi...scuit eater. The fires of the sun flame on! She is Sailor Summer! 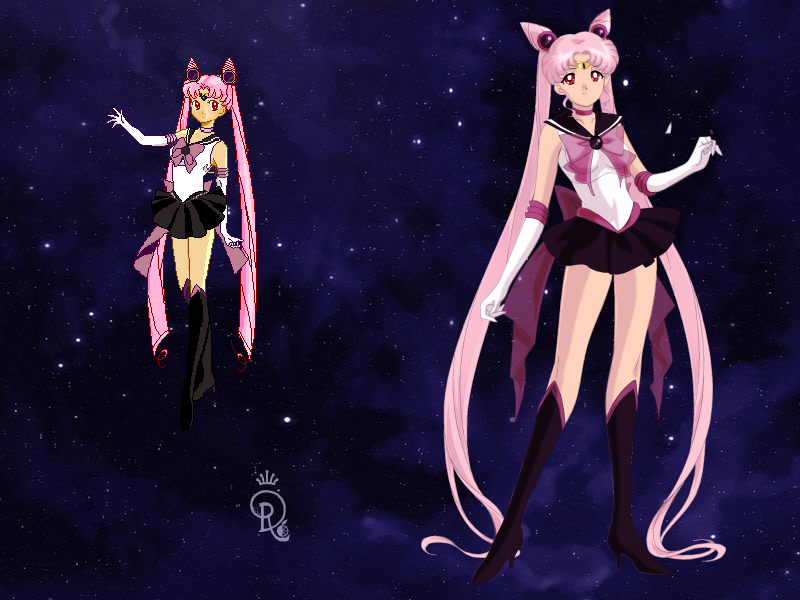 Finally, this is the remake of character made a long, long time ago (as shown by the left). She was a clone of Chibi-Usa who was artificially aged to the same age as Black Lady, but in the end she discovered she had Guardian powers of her own. She was the Guardian born in darkness and in evil, but finding her own goodness om spite of being used for bad purposes. She is Sailor Mirai!
Last edited: Wednesday at 1:44 AM
Princess Nadia - Code Name: Marle

Guardian Princess Nadia said:
I do have a worry about this Doll Maker.

Is there any way doll maker can be ported to another platform or is it also going to be virtually inaccessible after Flash is EOL?
Click to expand...
I'm very worried about this too since I really love the Sailor Senshi Creator game and I use it a lot as well. Hopefully Doll Divine will find a way to keep this game alive without the use of Flash. I think they might make a different version of it and put it on their Meiker website which doesn't require the use of Flash for the games there.
True love is everything!

(Senshi maker doesn’t really have Galaxia’s armor, I did my best. Just know he wears basically the same outfit she did.)


Bishonen Senshi-verse Rei’s most powerful form, Sailor Galactica Mars. During the final battle with Chaos, with only Sailor Moon, Mars, and Galaxia, Rei almost fell into the Galaxy Cauldron, and Galaxia was heavily injured. Knowing she’d almost certainly die in the process, Galaxia made a choice, sacrificing her life to save Rei. In the process, knowing her fate was practically sealed already she also imbued Rei with every last bit of power she had left, granting him the ability to power up into this form.


Rei is able to harness some of Galaxia’s powers in this form, and he gains some truly devastating attacks such as Galactica Phoenix Nova and Galactica Shadow Flare. However, he can‘t maintain this form for long.

Sailor Jupiter’s new form surpassing Eternal. Uniquely, it is an upgraded form that simplifies the outfit design. Also unique is that is not granted by any new transformation item (or by someone else in general), but rather a conscious effort by the user through intense training to break past their own limits.

Jupiter’s powers, as well as physical strength and speed, are massively increased, and she is constantly cloaked in an intense green aura.

In this form, Jupiter capitalizes on the fact that she is the only Senshi with actual martial arts ability besides Haruka, and gains powerful new physical attacks such as Supreme Thunder Overdrive, as well as the devastating combo attack, Jupiter Dragon Cyclone.

It will be sad if the website disappears after so much effort was put into it.
Likes: Sakuranbo