A while back I did some polls to see which of Usagi's and Mamoru's many, many, many suitors you thought they should have ended up with, so I thought it was long past time I did one for the series' other love magnet: Motoki.
Sailor Moon Says #BLACKLIVESMATTER #TRANSLIVESMATTER #GOVEGAN #WEARAMASK

He is too much of a nice guy to ever break out of Usagi's friendzone. Or of any other girl, for that matter. Mamoru is his only chance to get laid.

I mean personally I prefer Motoki with Reika.
.

My answer is a bit different for each of the three main continuities:

Live Action: Makoto. This is a no-brainer, really. Neither really has any other love interests in this series, and they were just an adorable pairing here.

'90s Anime: Minako. Mako's only really interested in him for like an episode, it's hard to take Usagi's crush on him seriously, Reika is a sleeping pill, and I can't remember he and Ami ever talking to each other? He and Minako interact at least once and seemed to have a bit of chemistry, and they'd certainly make a good-looking couple.

Manga: Ami. Again: Mako's only briefly interested in him (and I think she's better off with Asanuma or that cute horticultural club guy), Usagi's crush on him isn't serious, and while Reika at least has a personality, she still doesn't work as Motoki's girlfriend in my opinion. In the Sailor V manga, Motoki and Minako have a cute rapport, but I'm too much of a Reinako stan to really get behind them as a couple. Ami spends the Dark Kingdom arc crushing on Motoki (which makes "Ami's First Love" completely erroneous; should have called it "Ami's First Secret Admirer" instead) before that sub-sub-plot gets forgotten about completely, but he seemed to be impressed by her gaming skills and I think they could have made a cute couple if given a chance.
Sailor Moon Says #BLACKLIVESMATTER #TRANSLIVESMATTER #GOVEGAN #WEARAMASK

I agree Reika is probably a boring girlfriend (and by far the most boring of the Rainbow Crystal Carriers), but she is his canonical significant other, so she gets a default vote.

I've written previously that I could see Mamoru and Motoki together, but I wouldn't actively ship them.

Me, personally, I wouldn't mind it if he weren't in love with anyone. Not everyone has to be paired up.
Princess Nadia - Code Name: Marle
Likes: The Blizzard Prince, MementoNepenthe and Frenchfries&AChocolateMalt

I like him with Makoto. But then I ship her with Asanuma. Too bad this will never get explored. It was so cute.

Likes: The Blizzard Prince and MementoNepenthe

Bumping to share some Ami/Motoki cuteness from the manga: 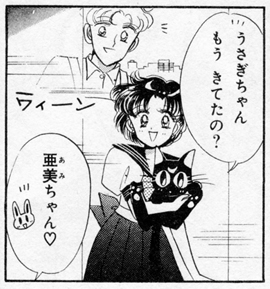 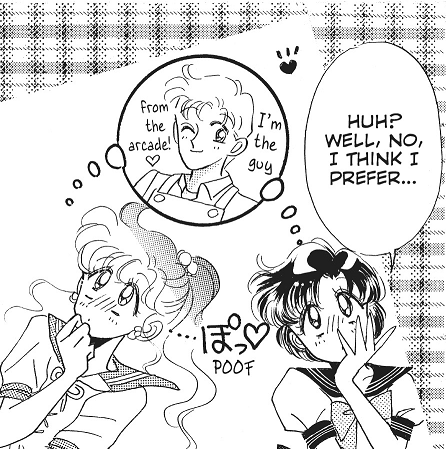 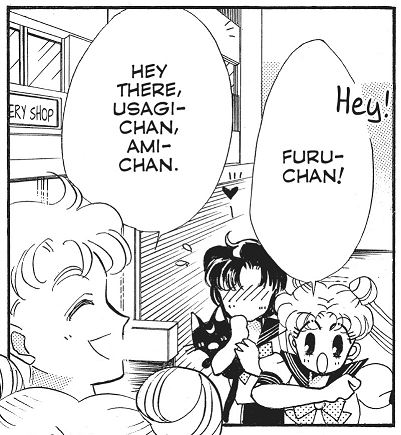 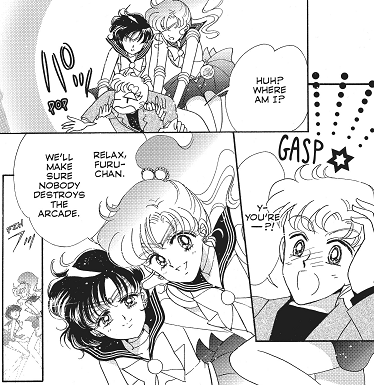 They both wanted to be doctors in the Dic dub I like to think they got married and started their own practice together (although I think Amy wanted to be a pediatrician and Andrew wanted to be a surgeon?)
Likes: The Blizzard Prince, Guardian Princess Nadia and MementoNepenthe

i like minako + motoki (mainly because i'm toying with this couple in my fanfic nowadays) so i think i'm voting for them.