The new designs are so beautiful!!

SailorSpySedna said:
The new designs are so beautiful!!

Click to expand...
What news designs. Is this a joke. Or you mean manga newer art?

sapphire91 said:
What news designs. Is this a joke. Or you mean manga newer art?
Click to expand...
I mean the newer manga art.
Likes: FloraKiraraHime

I'm not sure what the exact source on this is, but it's Marco Albiero's work. What's really cool about this picture of Sailor Tin Nyanko is, it's presumably the original / fully healed version (if she got her star seed back) that we never quite got to see in Sailor Stars, but which is implied to exist given the time Usagi managed to half-heal her, resulting in a split personality and half black/half white costume. Seems like a pretty logical implication of canon to me! 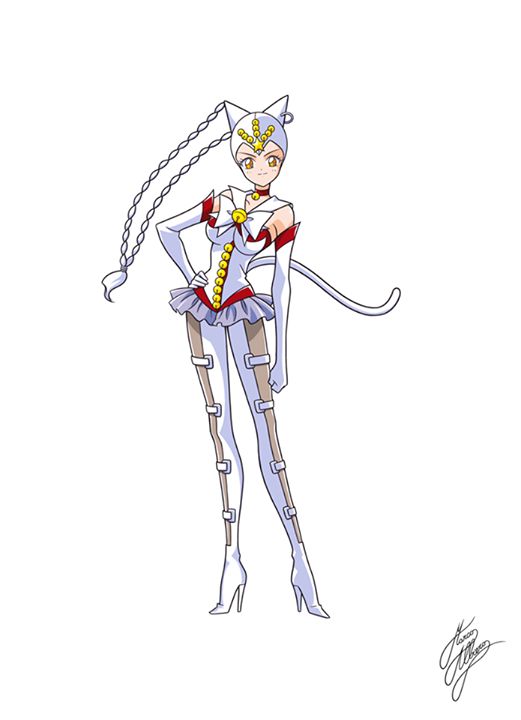 (I'm not sure if alternate costumes would exist for the other Animamates; certainly not everybody with Galaxia's bracelets got a unique wardrobe shift, so who knows. Though, if I were to speculate, maybe Iron Mouse's black lacey bits would be a different color, and maybe Alluminum Siren and Lead Crow would have wings or something? Eh.)

Who knows, they might reveal him as animation director for the new films. Or just some involvment.
Last edited: Mar 6, 2019

sapphire91 said:
Who knows, they might reveal him as animation director for the new films. Or just some involvment.
Click to expand...
Maybe they'll bring back Ikuhara and all the old 90s staff too.

NJ_ said:
Maybe they'll bring back Ikuhara and all the old 90s staff too.

Click to expand...
Well, we know the director, so I doubt on Ikuhara, but who knows about animators. Plus Ikuhara is way stringer with original stories.
Last edited: Mar 6, 2019

Sabrblade said:
There just isn't enough Rei/Yuichiro art out there.
Click to expand...
Yeah I adore them as a couple myself. Yuuichirou is my favorite match for Rei.
.
Likes: Sailor Starlight, Sakuranbo and FloraKiraraHime

It's nice to see art of Sailor Moon and Tuxedo Mask simply chilling and enjoying each's other's company. Most art of them either has them occupied by a battle, or doing something silly, or in a romantic situation, or in a serious moment related to the plot/exposition. Here, though, they're depicted as being allowed to just relax and simply be with each other in the moment. Nothing more, nothing less. It's a nice change of pace for the two when they are in those forms.
Chase's Eye said:
Sabrblade, don't ever change.
Click to expand...
Neo Moonlight said:
Wow! You sure know your stuff, Sabr!
Click to expand...
Prince Rose said:
thats Sabrblade for ya always in perfect detail
Click to expand...
KawaiiMira said:
I always look forward to your posts!
Click to expand...
Likes: Seira Hazuki and FloraKiraraHime