ajum because now the people think everything is toxic or assault
and well was a manga made in 80s or 90s is another time
the us have the disney movies like the sleeping beauty etc
but they were done in the past, so somethings that happen in the past we cant change them much
like some other movie was banned from hbo i think but was something in the past, and that's what make the people now, we cant change what happen but we can change the present
and well the other thing is the intentions of the people no all the things some people do are for a attacking or try something more like a assault
if tuxedo kamen did a kiss like a hentai

that would be a assault

and the transformations i have others videos, i like them, mh i think there were some for saturn too
Last edited: Jul 30, 2020
Likes: Crystal Moon

There was an episode of SuperS where Mamoru was targeted by Fish Eye, in that episode he has kissed without his consent. Why is that we tend overlook this? Mamoru's a guy.

While him being kissed against his consent is wrong morally, the reason it tends to get overlooked is that a typical guy would be more physically capable of protecting himself than a woman is vs a man. There's a reason girls tend to be cautioned not to be out late at night alone but guys don't tend to have that mashed into their heads. They're stronger and faster.
(Thanks a lot nature. X_x do better next time and make us equal strength, kay?

As far back as I can remember it was never go into a parkade alone, careful what you wear, don't be out alone at night, if on a date make sure you have a way to get home independently, tell others where you will be if you don't know him well, don't get into a car with him unless you know him *very* well etc etc etc

But yes, morally it was technically worse since Mamoru absolutely didn't want a kiss from Fisheye (was telling him no while awake) whereas we do know Usagi would like a kiss from Mamoru.

It's similar as to how people tend to giggle if a woman swats a guy on TV but become very incensed if it's the opposite. Chances are the woman didn't hurt the guy, but it's very easy for a guy to seriously hurt a woman even if by accident.
Last edited: Jul 29, 2020
Likes: ChibiNehellenia, FloraKiraraHime and imaginationgirl

FloraKiraraHime said:
There was an episode of SuperS where Mamoru was targeted by Fish Eye, in that episode he has kissed without his consent. Why is that we tend overlook this? Mamoru's a guy.
Click to expand...
Fisheye does some pretty wicked stuff, but the people who complain about fictional characters often overlook the offenses done by everyone who isn't a "cishet male".
Likes: imaginationgirl

Not really? I've seen complaints about what Fisheye did. Especially when he was going after that kid. Eep.

Also willing to bet that if it was Usagi or any of the girls he kissed non-consensually, there's be more complaints about it. Like with Demande. I like his character and all, but that was nothing short of an attack that he did there. Whereas if he smooched Mamoru the complaints would probably be low key like Fish+Mamo. Would still be an attack and morally wrong, but Mamo would probably be more physically capable of punching his lights out than Usagi could since she couldn't transform, hence the complaints for it being much milder with the audience.
Last edited: Jul 29, 2020
Likes: SILVER and FloraKiraraHime 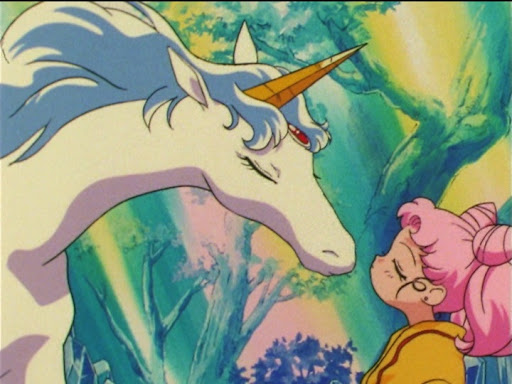 What about Chibiusa x Pegasus kiss? Taking into account that horses (and unicorns) are animals and thus cannot legally consent to romantic or sexual relationship with humans, can that kiss be considered as a form of animal abuse?