LifeGaveMeLemons said:
Rino Romano (Darien #1) voiced Spider-man in Spiderman game for playstation. As well as in the mercifully short lived Spider-man Unlimited and Batman in the forgettable The Batman 5 season toy commercial

On the Viz side you Artemis voiced by the actor who played the lamer Black Power Ranger and Green Zeo Ranger. Grandpa Hino is the voice of Squatt from Power Rangers. Sailor Pluto is Ash Ketchum and his mom and girl Ash from Pokemon Advance. Queen Serenity is the voice of Scorpina and Alpha 6 from In Space and Lost Galaxy.

zttmoon said:
Terri Hawkes is always going to be Shreeky to me.

Though I do find it ironic or weird at one point John Stocker voiced Serena's dad.
Click to expand...
That is incorrect.

Also, Stephanie Beard was in The Disaster Artist, which is up for Best Adapted Screenplay.

In the Viz dub, Koan was voiced by Eden Riegel, who is best known for playing Bianca Montgomery for several years on All My Children, and even won a Daytime Emmy for her performance. She even shared the first on-screen lesbian kiss on a soap opera. I have a lot of memories of watching her in that show. Her brother is Sam Riegel, who does a lot more anime and video games than she does.
Click to expand...
Thats really interesting to me I never watched All my Children but from what I remember it was a big deal back then that she was playing a lesbian woman on a daytime soap opera.

PurpleWarrior13 said:
Also, Stephanie Beard was in The Disaster Artist, which is up for Best Adapted Screenplay.
Click to expand...

Looked her up to double-check and make sure, apparently she's in the current season of The Flash.

^ She seems to be hanging with that crowd these days (Zac Efron, Seth Rogen, etc). In addition to Mike & Dave, she also did a voice in Rogen's Sausage Party. You never know, she might become a major character actress in Hollywood, like what finally seems to be happening with Mae Whitman.

I didn't even know Wendy Lyon was in it until I read the credits. Didn't recognize her when she was in character. Apparently, the movie was filmed in Toronto.

One more example was Sarah LaFleur as Molly, a major supporting character in Ugly Betty. She really showcased her acting chops in that role, and was quite good compared to her awful robotic performance as Amara/Sailor Uranus. She also had guest roles on Grey's Anatomy, BONES, NCIS, Criminal Minds, and CSI. This was about 5-10 years ago, and we haven't heard much from her since. Her only other major voice role was Trish in Devil May Cry.

PurpleWarrior13 said:
One more example was Sarah LaFleur as Molly, a major supporting character in Ugly Betty. She really showcased her acting chops in that role, and was quite good compared to her awful robotic performance as Amara/Sailor Uranus. She also had guest roles on Grey's Anatomy, BONES, NCIS, Criminal Minds, and CSI. This was about 5-10 years ago, and we haven't heard much from her since. Her only other major voice role was Trish in Devil May Cry.
Click to expand...
This has also been my problem with Disney's dubs with Ghibli films where they would pick actors that were very talented with live action work but have little experience in voice acting and their voice acting would always come across as a mixed bag in the Ghibli dubs. Of course there are some actors who might be talented at both live action and voice acting and voice actors typically might have a lot of experience in live theater acting. But in general I'm not really surprised if an actor who mostly only have experience in live action acting might find voice acting to be a more difficult challenge, especially in something like dubbing anime which is done with different recording practices than voice acting in American animation.

I blame the awful (non-existent?) direction of the S/SuperS episodes of the original dub. Everyone sounded awful except for maybe Stephanie Beard as Rini and Susan Roman as Lita. Emilie Barlow was passable as Mina, and Linda Ballantyne got decent after a while (despite being a total miscast), but even actors that were good or great in earlier episodes (Katie Griffin as Raye, Jill Frappier as Luna, Ron Rubin as Artemis, Vince Corazza as Darien, Kirsten Bishop, Barbara Radecki, etc) turned in wooden, awkward performances in these episodes. The recording was very rushed (apparently 11 eps sometimes recorded in some sessions), and the voice director (Nicole Thuault) only spoke French, and had to rely on an interpreter to communicate with the actors. That was just a recipe for disaster, and I still think that sloppy dub is among the worst of all time. I don't judge any actor's talent based on their performance in it.
Likes: flash over

Bumping this thread to respond to a post from the Viz/SuperS thread since it's kinda off-topic and more relevant here.

flash over said:
I’m pretty sure Viz are only hiring non-union VAs for Sailor Moon; Wahlgren is union now (Why she was replaced with Higgins in DMC4SE)
Click to expand...
Kari was union during Devil May Cry 3 & vanilla 4 too, it's why she was not credited as voicing Lady in either game and had her motion capture actresses listed instead. 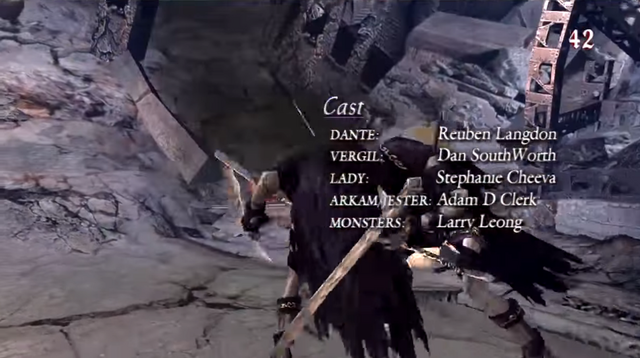 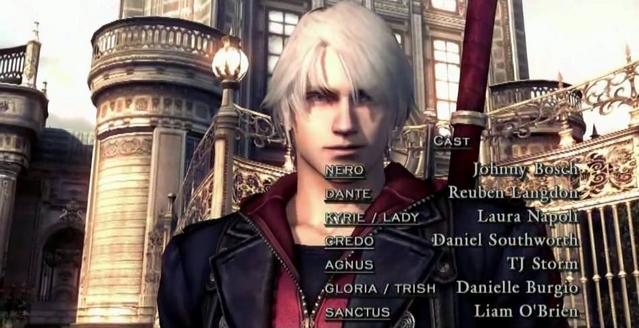 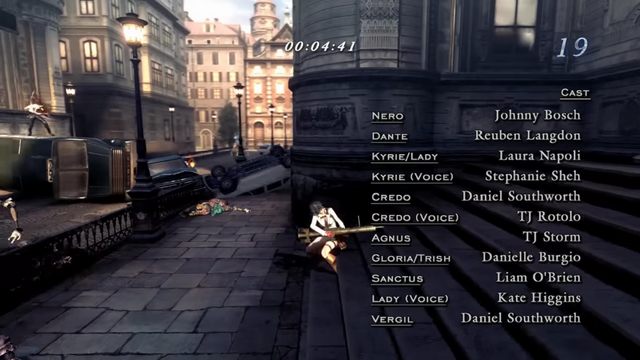 (^Last one is from the Lady/Trish mode in 4's Special Edition, the Vergil mode credits are the same and Nero/Dante's are unchanged from the original.)

My fiance is playing the new State Of Decay 2 for Xbox one right now & I kept hearing this woman in the game and realized it was Makoto/Sailor Jupiter from the Viz Media dub. Then looked in to it further and realized that Sailor Mars, Tuxedo Mask, and Umino's voices are in the game too. There might even be more than just those 4. Pretty neat

Another recast to the main Devil May Cry cast as Wendee Lee (Viz Queen Serenity) voiced Trish in Devil May Cry 5 replacing Danielle Burgio who voiced her in both versions of 4 and Marvel Vs. Capcom 3. Wendee also voiced Dante's mother Eva in a flashback scene, replacing Sarah Lafleur who voiced her and Trish in the first game (which kinda makes sense considering Trish is supposed to resemble his mom) and also replacing the two actresses who voiced her in the main & DLC story of the failure that was the DmC reboot.

Other than that, everyone else is the same, including Kate Higgins as Lady (who used her Kate Davis name for some reason).

The person who did Mercury's voice the Viz dub also did Pauline in Mario Odyssey.

Credit to Prince Rose for adding the borderline to the sig.

I know there are a couple of obvious mainstream and popular roles members of the Viz cast have taken, but I'm surprised that quite a few of the actors were in the NFL Rush Zone cartoon from a few years ago. Of course, it's because they are prolific voice actors, but I found it interesting that Nicolas Roye played Ricky, an 11 year old boy, just like Shingo.
Princess Nadia - Code Name: Marle
You must log in or register to reply here.
Share: Facebook Twitter Reddit Pinterest Tumblr WhatsApp Email Link