Tonight's Simpsons episode features Comic Book Guy's wife Kumiko dressed as a Sailor Senshi. It's one of those blink and you'll miss it moments.
Credit to Prince Rose for the image. ^ Looking a bit like Minako's take on posing as Sailor Moon. lol

There is this fairly recent Pokémon Episode in which the three girls appear in a TV show, performing as costumed Super Heroines, including typical Henshin Scenes (No Nudity involved, though) and Sound Effects. Still, it was different enough so that it could also serve as Pretty Cure/Wedding Peach/Doremi etc. Parody/Expy.

Judging by the campy dialogue, OTOH, it sounded like they're doing a hidden, effortly-produced Commercial for Soft Drinks.

Not sure if this has been mentioned but the South Park game; Fractured But Whole has a reference to Sailor Moon’s Dic dub speech

A new PC rhythm game, Pride Run, features a familiar reference as a obese version of the character in the game, to protect the LGBT+ rights parade from the haters of the world:

(NOTE: I had to censor one part of the pic, due to the F-word on it)

The cosplay of the title number's center girl at the Halloween special theater performance of the idol group SNH48's 1st team last night:

Desired (Desired - Topic, Desired's Bandcamp) has a number of references and inspirations from Sailor Moon.

^ The narrator should've said "the neutron star spins like Sailor Moon" instead of "[it spins like] a ballerina." lol

rgveda99 said:
In the episode titled 'Flutterina' in Netflix She-Ra there's a background character wearing a

Rika-Chicchi said:
Any screencap?
Click to expand...
Well since it's in Netflix I had to settle for a Youtube review. Good news there's one between 10:20-10:22 and another between 11:24 and 11:35 (I suggest pausing this one since the vlogger is complaining about filler which kind of defeats the purpose of watching the whole episode and She-Ra's not a very long series that goes back and forth like Naruto). There's a few more but its really demotivating watching/hearing this review. 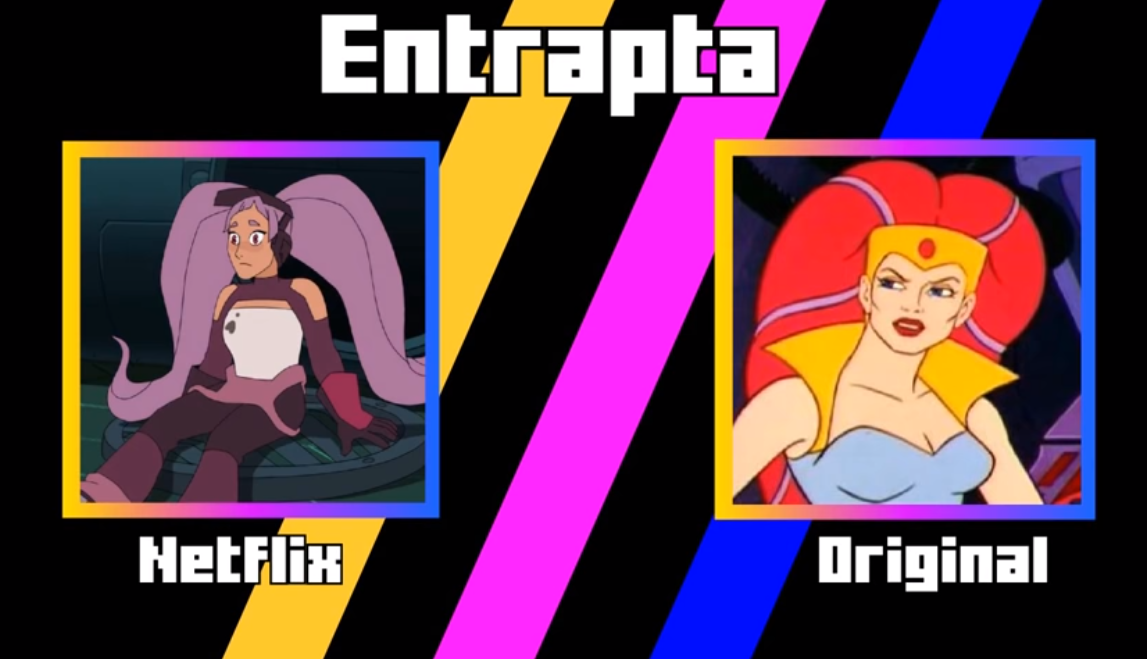 Image taken below this video.

^ The new designs look so much downgraded. *sigh*

Rika-Chicchi said:
^ The new designs look so much downgraded. *sigh*
Click to expand...
I actually don't mind it. It actually compliments some of the characters personalities. I would say that Frosta's design is the most underwhelming matching her role as an annoyance to Glimmer. Frosta just doesn't shine compared to the other princesses. You'd think the show is simplistic but as it progresses it gets a bit mature.
Getting back to business.

The new season of The Dragon Prince features not one but two instances of a character pretending to perform a magical girl transformation, complete with each instance animated as though said characters actually were undergoing a magical girl transformation (in the case of one of them, this was merely done for audience visual effect since no actual magic was involved in the scene and the character really was just pretending... and was a boy), and each one topped off by the characters finishing each sequence with a Sailor Moon-esque pose.
Chase's Eye said:
Sabrblade, don't ever change.
Click to expand...
Neo Moonlight said:
Wow! You sure know your stuff, Sabr!
Click to expand...
Prince Rose said:
thats Sabrblade for ya always in perfect detail
Click to expand...
KawaiiMira said:
I always look forward to your posts!
Click to expand...
Likes: Neo Moonlight
You must log in or register to reply here.
Share: Facebook Twitter Reddit Pinterest Tumblr WhatsApp Email Link