POKIWOKI said:
But it looks like the Inner Senshi transformations will look like in Season III.
Click to expand...
Yeah, Rei and Maokoto are identical. Kind a disappointing. It is like they were too cheap to come up with something original for Moon and Chibi Moon, so they recycled the old Supers transformation...

Click to expand...
Yeah, still the season 3 op original singer was so sleepy and MmomoClo did the only version of the song that wasn't totally boring. And this song sounds good.

sapphire91 said:
Lol, not bad. It looks good, the song is a bit weird, but the girls look great. So they retraced s 3 transformations.... Actually the song is good, it grows on you.Rei finally loos good in her pose.
Click to expand...
Its a cute song
.
Likes: Stari Guestie 39

The song sound very promising. Kinda reminds me of Moon Revenge for some reason. I wonder if its the intro or ending song.
Likes: FloraKiraraHime and imaginationgirl

SailorSugababe said:
The song sound very promising. Kinda reminds me of Moon Revenge for some reason. I wonder if its the intro or ending song.
Click to expand...
It gives me more of an ending vibe.

Jupiter is what Michiru was in the manga - her hair has its own separate existance and changes length in minutes.
Last edited: Oct 4, 2020

I'm so glad it's a new song.That is not moonlight dentsu.I feel kinda released.
Likes: NJ_, Crystal Moon and FloraKiraraHime

Crystal Moon said:
This is Oniisama e... (Dear Brother), a series directed by Osamu Dezaki, made in 1991 and remastered in blu-ray. The movements are limited, a lot of still shots are used. But you can see, there're a lot of exciting camera angles. 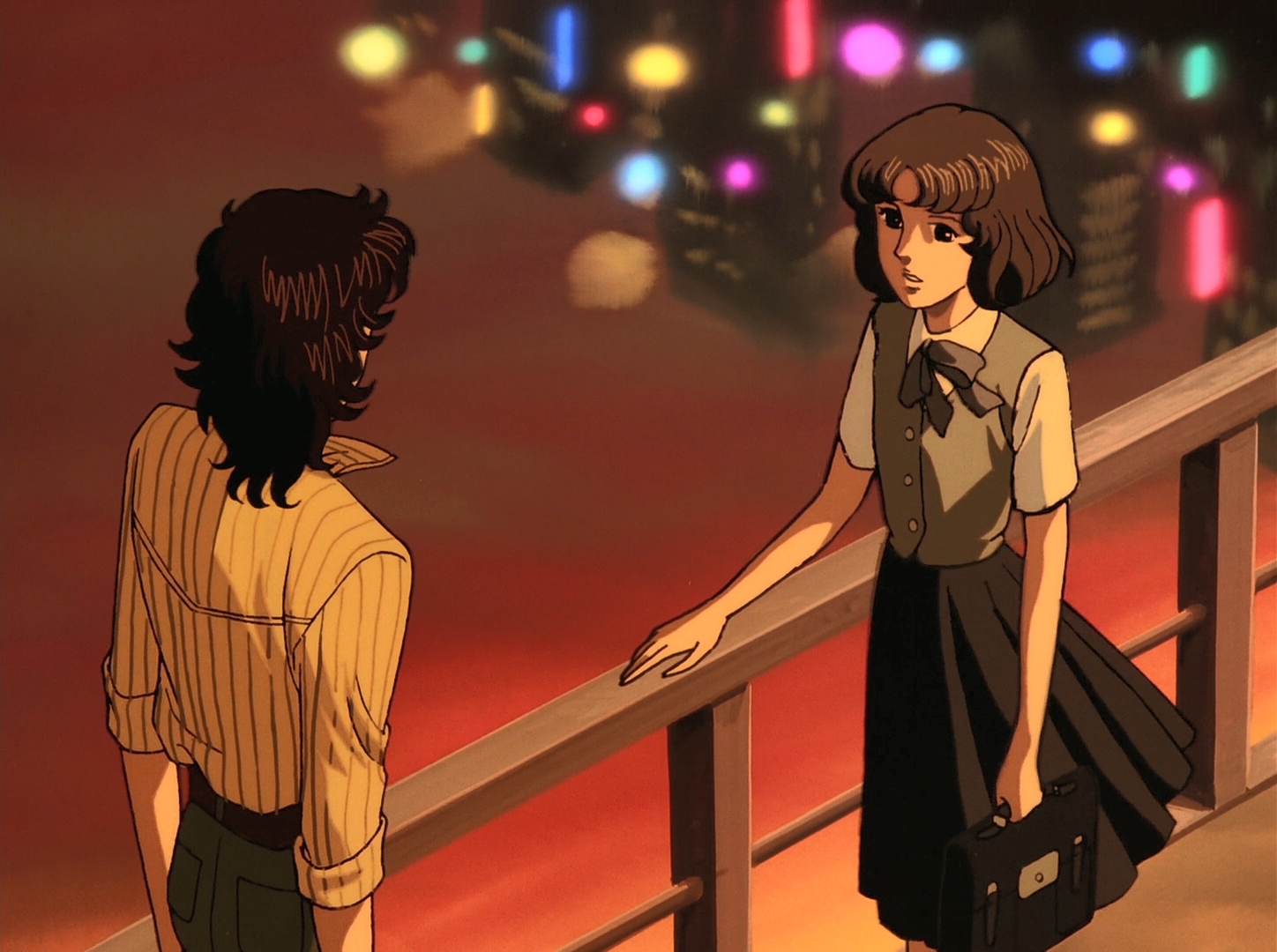 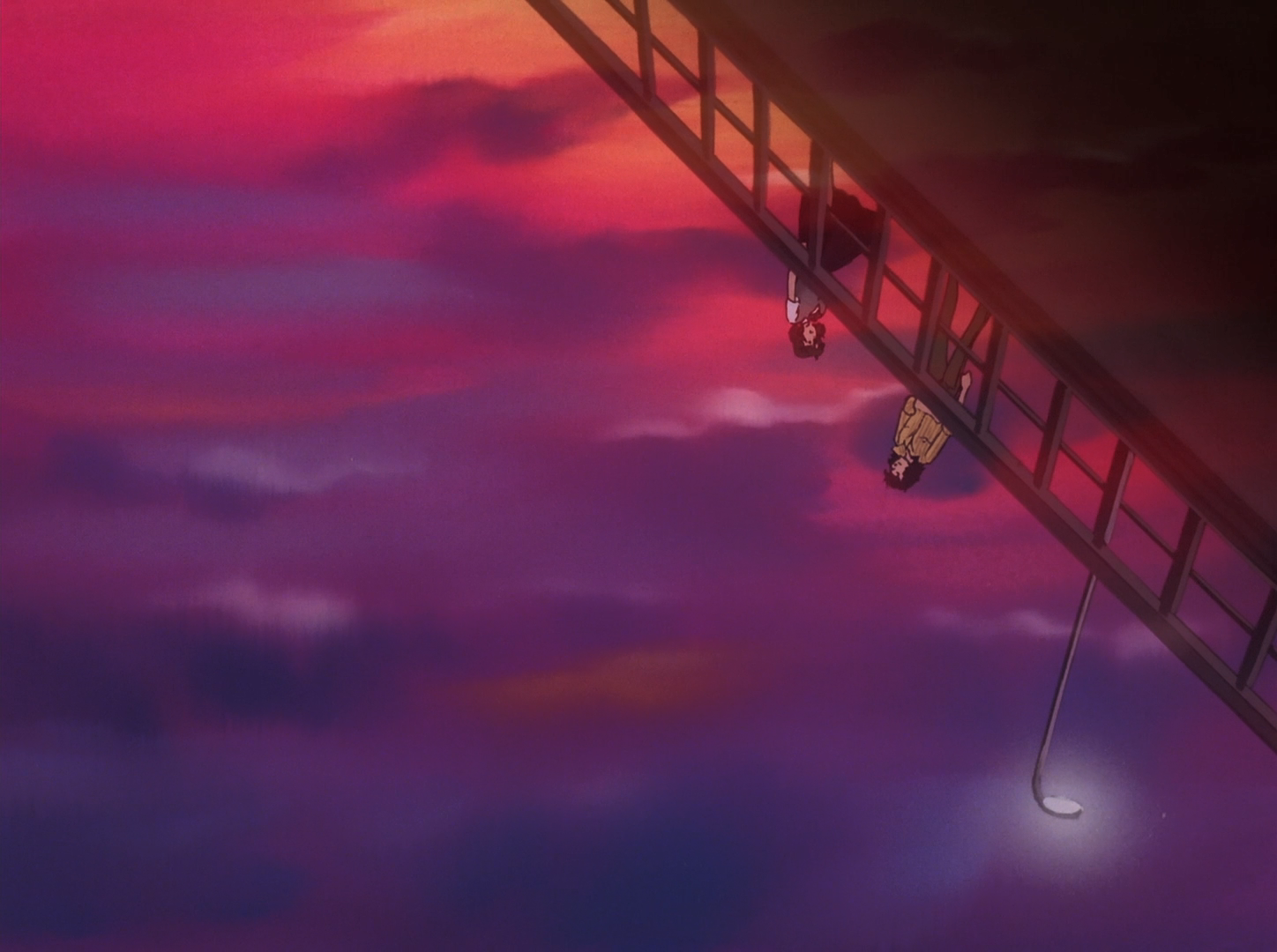 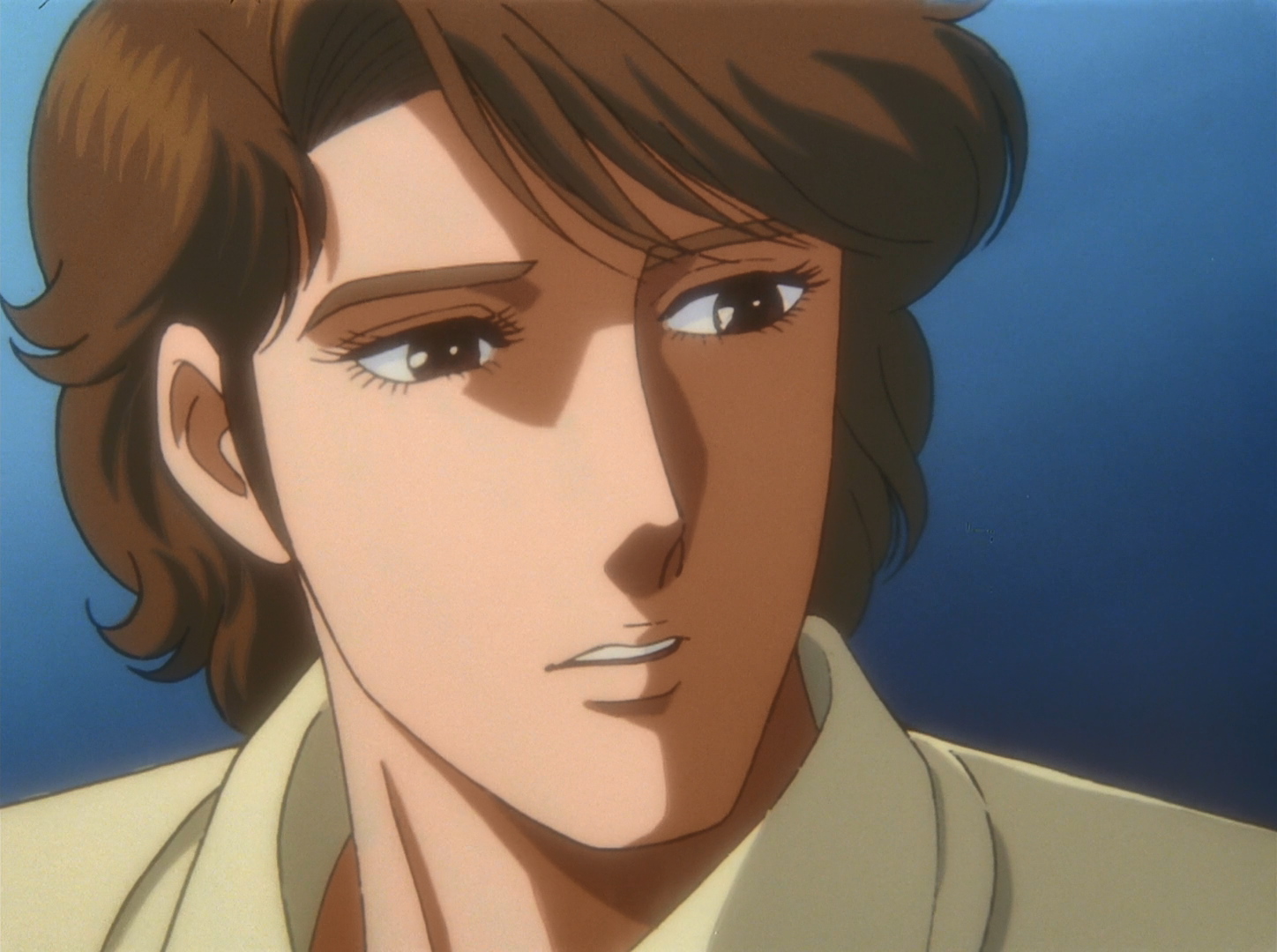 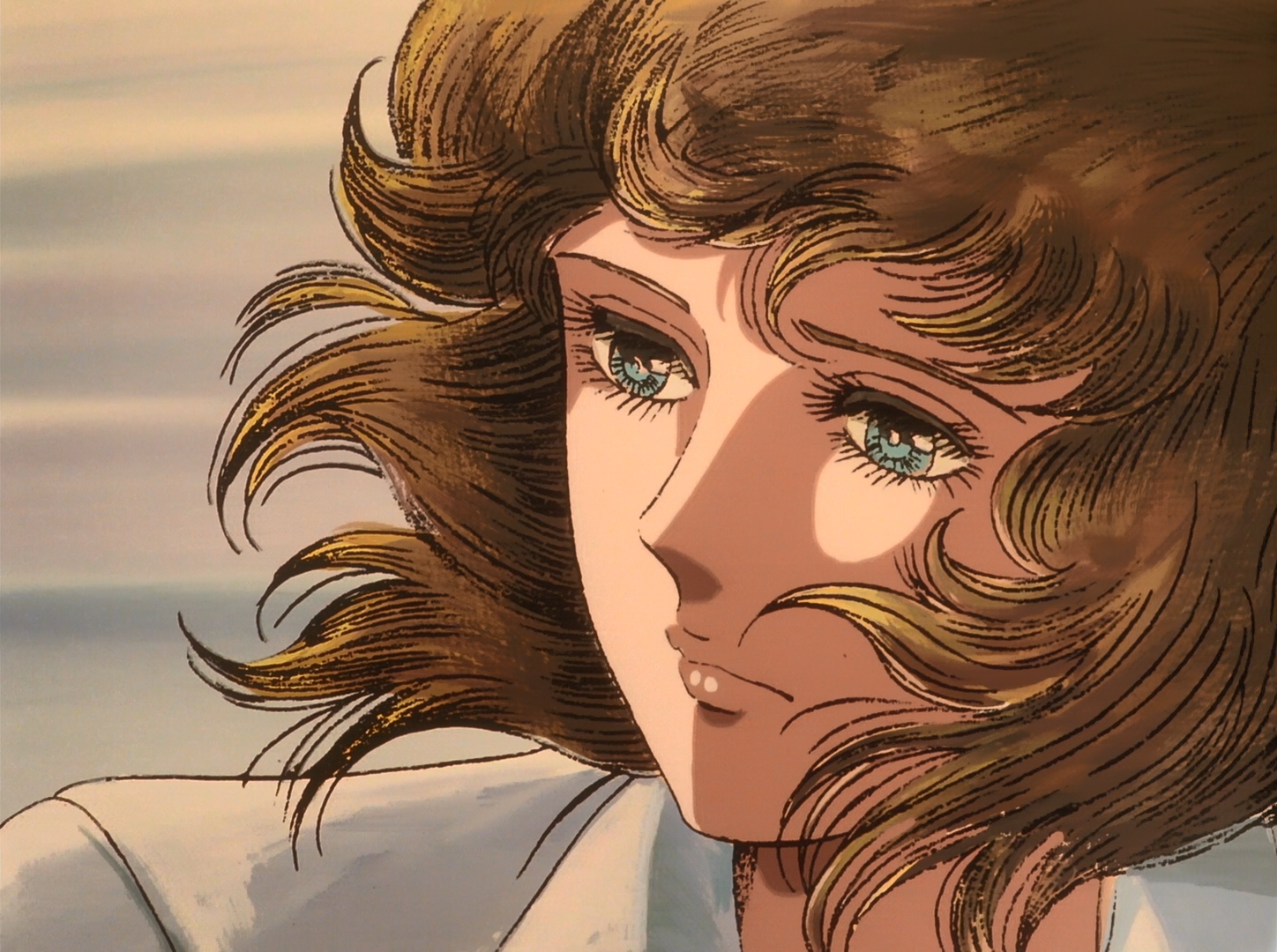 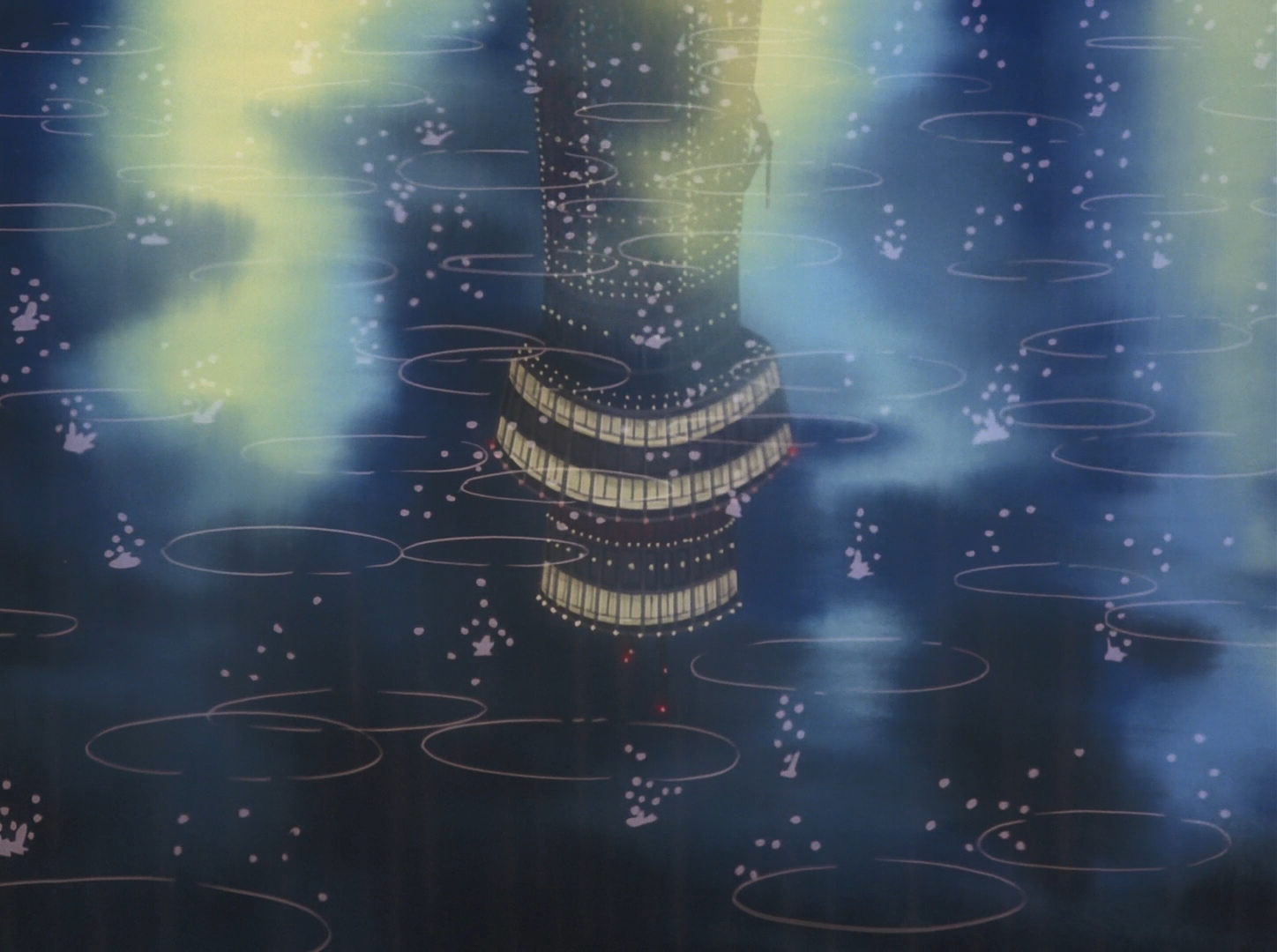 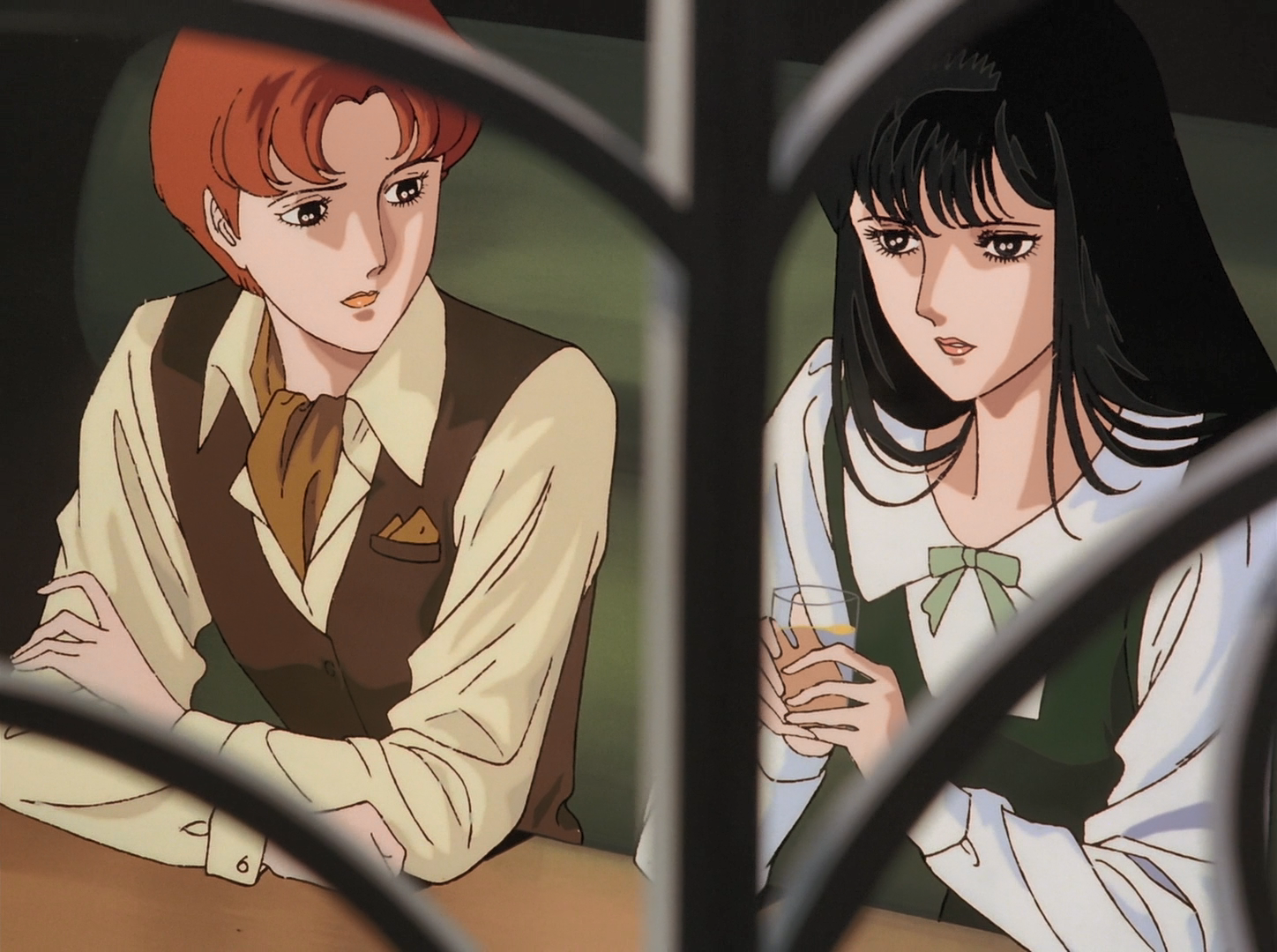 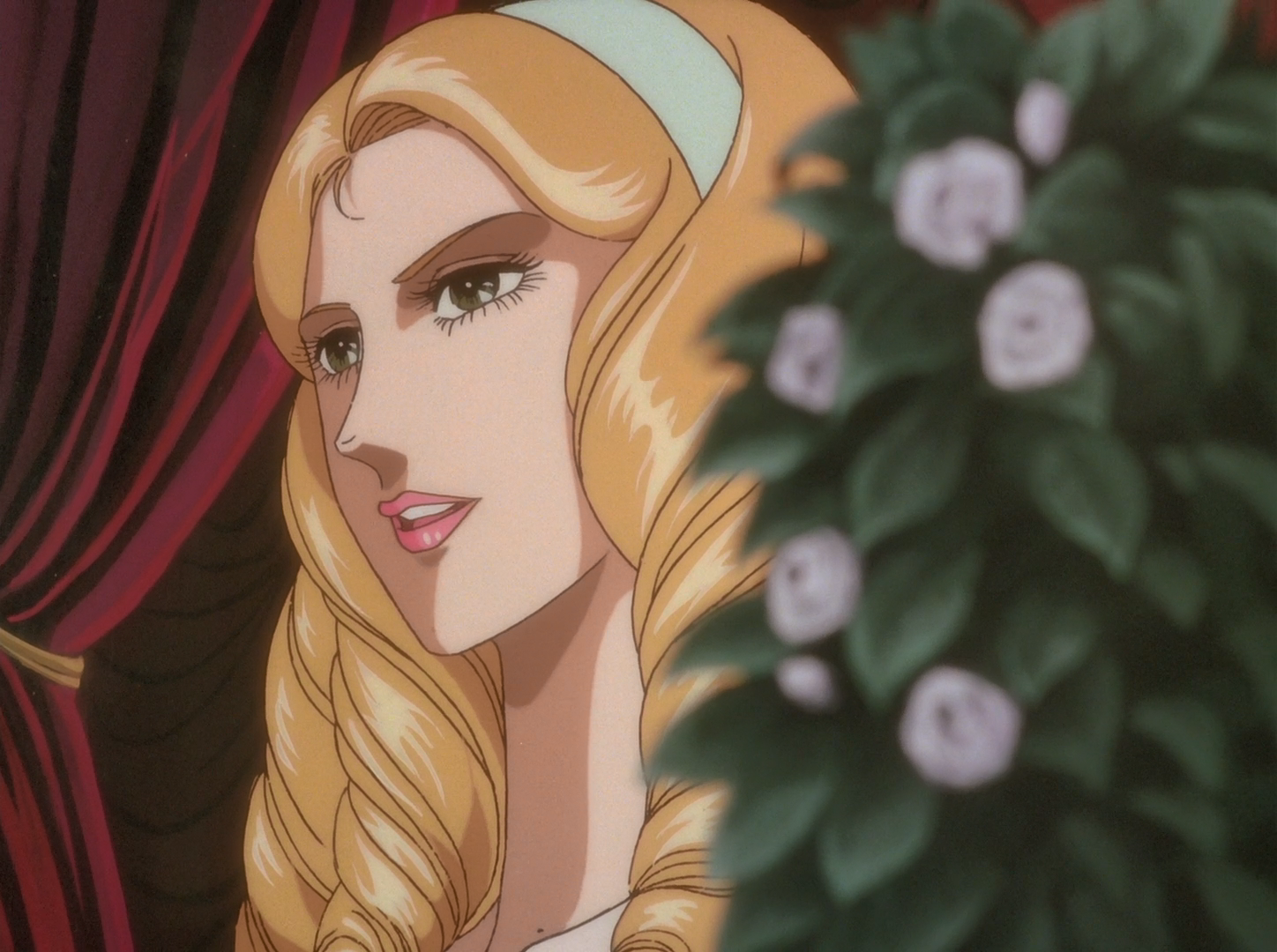 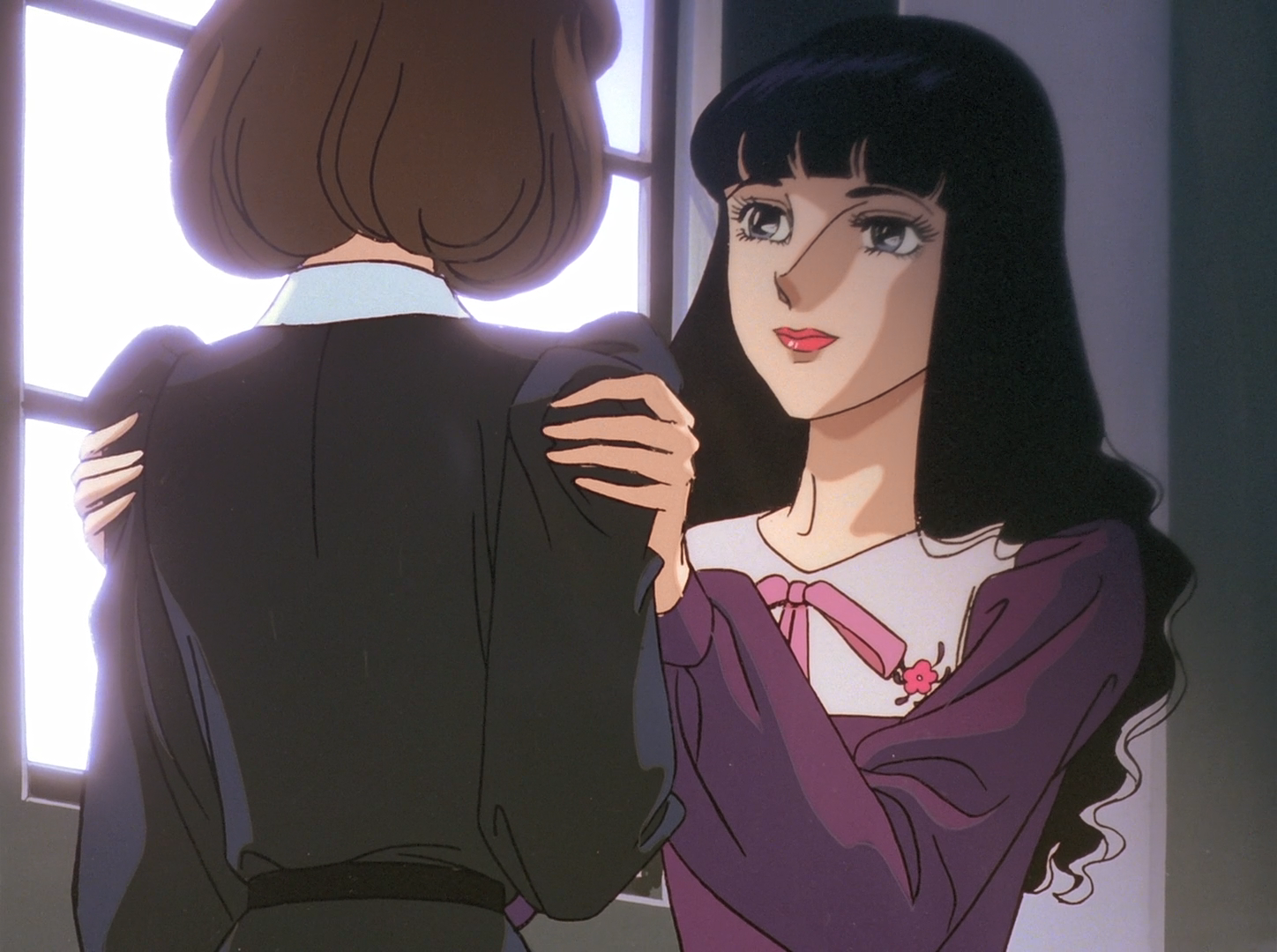 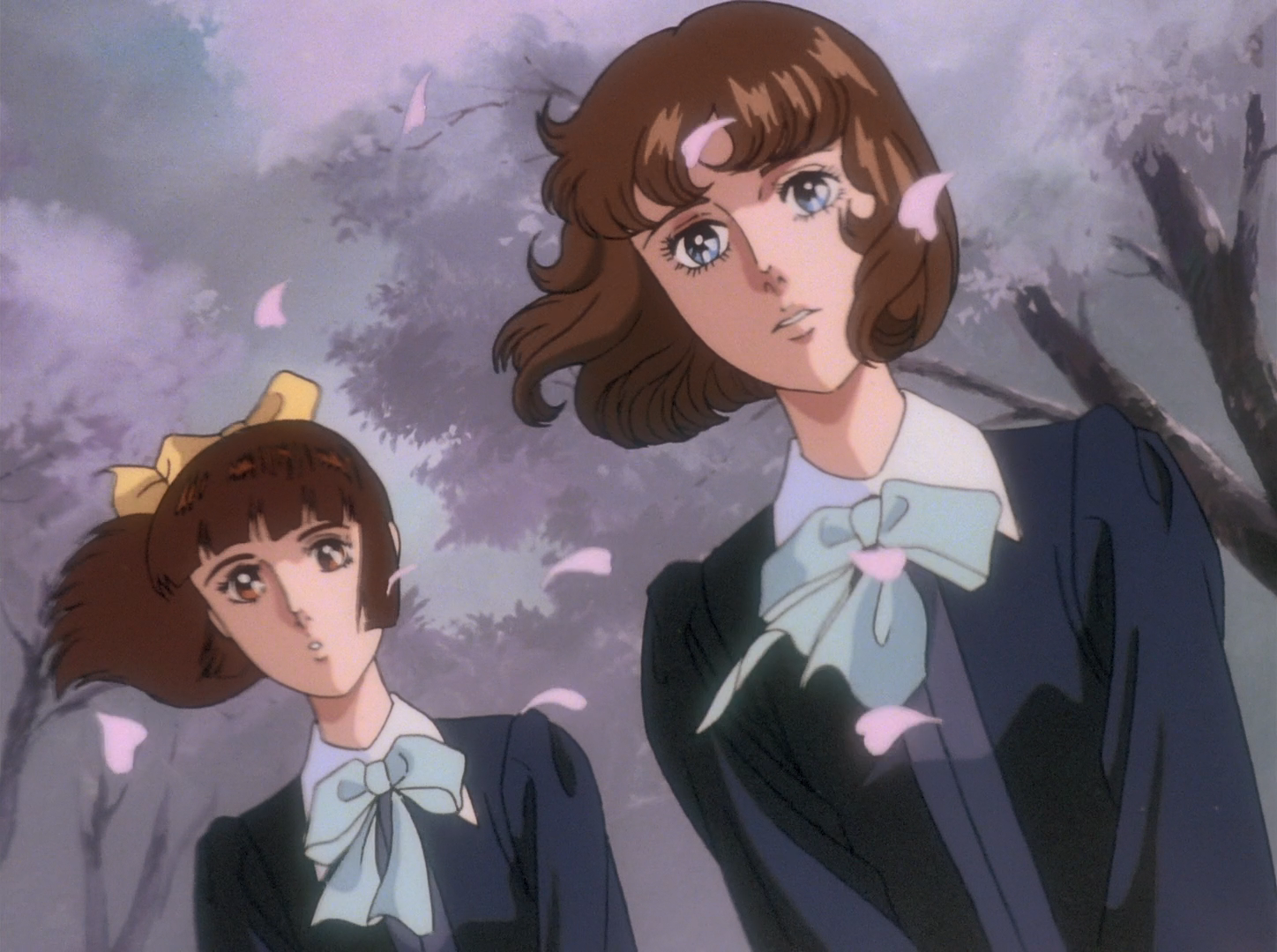 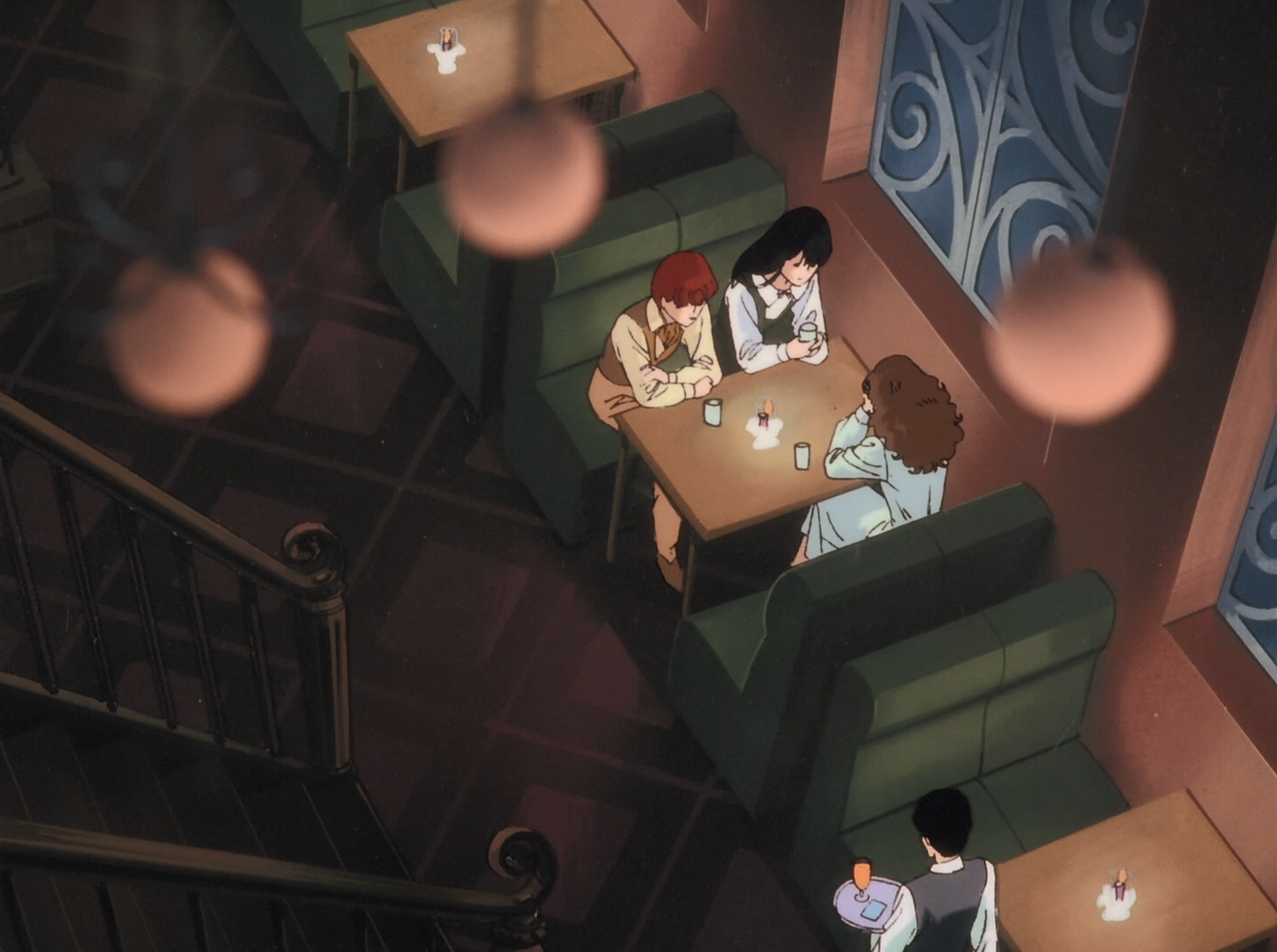 Click to expand...
These still shots are beautiful!
"Dreams are hopeless aspirations in hopes of coming true, believe in yourself, the rest is up to me and you"
July is Chibi Chibi Month! 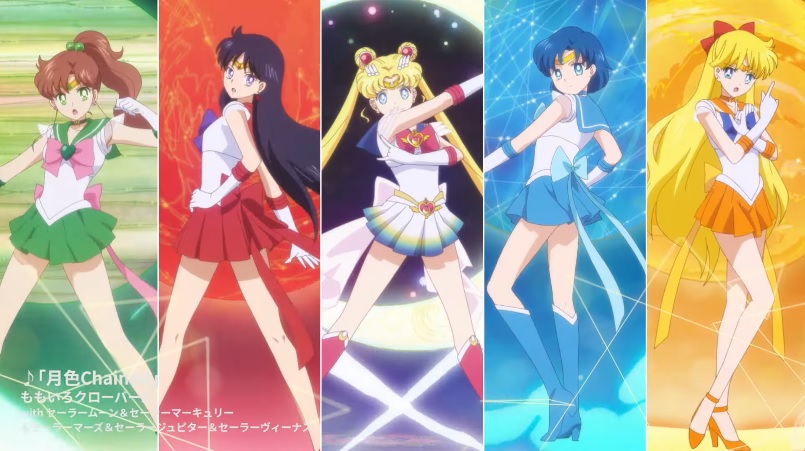 Likes: Seen2, sunray, Touslesetages and 2 others

Hate always being late to the update party!

Song sounds a little weird but at least it's something different (Its one of those songs you have to keep listening to, to get into it). It does look like they didn't update the transformations so perhaps they will be smoother I suppose. Interested in seeing how this story plays out now.

Lol, I did grin at the part where they do the quick cut shot of the Inners and Usagi looks like she's popping all over the place.

Also, whats the deal with Venus? Is the wink an attack or from a transformation cause....
Last edited: Oct 4, 2020

Crystal Moon said:
This is Oniisama e... (Dear Brother), a series directed by Osamu Dezaki, made in 1991 and remastered in blu-ray. The movements are limited, a lot of still shots are used. But you can see, there're a lot of exciting camera angles.

MikeMasters05 said:
What’s up with the song and the preview they uploaded in YouTube is it the opening of the movies?
Click to expand...
In animated movies, there's usually just one song called "shudaika" (theme song), there is no OP or ED.
Last edited: Oct 4, 2020

The name of the arranger is "Gesshoku Kaigi", which means "The meeting of lunar eclipse".
It's probably as pseudonym.
And the song has the same composer with "Gekkou" - Crystal ED 1.
Last edited: Oct 4, 2020

I'm glad we got a new song instead of yet another butchered rendition of Moonlight Legend. I just wish the song was better. It's kind of generic and meh. Definitely not as strong as New Moon or Moon Pride. I'll wait until I hear the full version to form a final opinion on it.

The song is cute. It’s very now. While generic to a degree it makes sense that it would sound like this. I’m excited to see the transformations I know they will be pretty much the same as season 3 but if you look at what we have so far from this preview it will be slightly different. So that something.

To be quite honest I don’t really care about the transformations. I want the story animation to be conistant. As long as there are no s1 bad moments, Id call this a success. Lolol
Likes: FloraKiraraHime and SailorSpySedna

POKIWOKI said:
They released a teaser for the Sailor Moon Eternal theme song.
Spoiler: It's not Moonlight Densetsu.

Click to expand...
Song is decent, but more would suit an anime ending. The transformations from what I can tell look average as a sidewalk on a summer day, but if they just retraced season III's like how Toei just lazily reused season 1's transformation movements/backgrounds for Crystal's Star Power transformations but just changed the pen, then Toei Animation once again will come under reprimanding from me, I'm still getting an increasing sense of laziness from that studio.

Forgot where the post was, but that one with screenshots from the Osamu Dezaki anime, those screenshots/frames are really gorgeous, especially the backgrounds, I always like the way anime artists painted sunset skies, for example, and even if the movement is limited (low budget I assume), it still draws me into the world.

Another fun fact to notice: Venus no longer has the chain belt on herself. Guess it must be due to her being upgrade that she no longer has it in universe.
Likes: SailorSpySedna and FloraKiraraHime

SailorSpySedna said:
Song is decent, but more would suit an anime ending.
Click to expand...
I noticed a lot of comments have this opinion and I can see where they are coming from. Personally I like the change of pace and have no problem with it being the opening. A lot of great anime have wonderful slow-pace openings and a movie will have a longer opening to support this. I do hope that they have some high-energy music/songs later though, and less "epic fake-choir" music would be nice too.
奇跡 だって起こせる!
My Sailor Moon Figuarts/Rement Collection