Any Sailor Moon fans over 35 here?

At 35, I feel like an old Sailor Moon fan.
Likes: I_Am_The_Cauldron
C

I would be surprise if there’s any above 35.

@neptunekh I'm >40 and I still watch it, so don't panic. Relax and enjoy. Those with prejudices against us can stick them up to where the sun doesn't shine. Don't mind them, plain and simple.
Last edited: Apr 8, 2019

neptunekh said:
At 35, I feel like an old Sailor Moon fan.
Click to expand...
I'll be 35 in July.
-redneonglow, fka redblade7 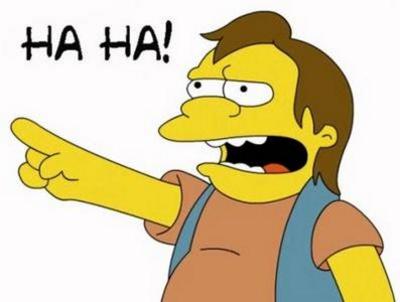 Turning 36 in July too. Even though, I liked Sailor Moon, my first introduction to anime was Bubblegum Crisis.

neptunekh said:
At 35, I feel like an old Sailor Moon fan.
Click to expand...
No, you're probably at the median age of any active fans.

Most active Sailor Moon fans range between the very late 20's to early 40's. Sailor Moon is an old property and unlike other franchises, it has not kept up with the times. There are exceptions in this thread, but that's just that...exceptions.

If you admit you like Sailor Moon, you've dated yourself. Young people generally don't watch or follow Sailor Moon.

Frenchfries&AChocolateMalt said:
Given Sailor Moon came to US and Canada in 1995 it wouldn’t surprise me if a number of Moonies on here aren’t at least close to 35

I would be surprise if there’s any above 35.
Click to expand...
There are plenty of fans over 35, but few will admit it openly. A lot of the people who watched Sailor Moon in the nineties were older teens and very young adults; that's who was driving the whole fansub culture (think about it, kids in single digit ages wouldn't be able to get fansubs on their own). When you get past a certain age, you start getting ashamed of saying your age publicly when talking about cartoons of your youth.

Because you're no longer young.
Princess Nadia - Code Name: Marle

35 this year and I think nowadays people don't feel ashamed anymore about their love for cartoons and manga, it became mainstream (it always was in a way?). really, someone that says cartoons are just for kids must be from a older generation or has no clue.
Take the New SAILOR MOON Video Game Survey and share it on Facebook, Instagram and Twitter

A few more years and we can rename this thread into "Any Sailor Moon fans over 40 here?"

Given that two years ago there was a thread asking if there were any fans over 30 and there were quite a few then, that day might come sooner rather than later.
Princess Nadia - Code Name: Marle