Mine is Usagi Tsukino/Sailor Moon! Let's see who the most popular Senshi on this forum is! My guess is that it will be Makoto/Jupiter.

(Also, now I know why there are ten slots, ten for each Senshi! The more you know!)
Don't you think a girl can have both a wild heart and a flowing dress?~Princess Aisha(Winx Club) 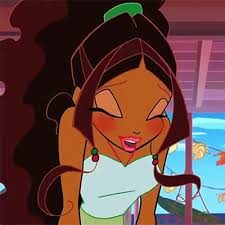 3-way tie between Manga/PGSM Minako, all versions of Rei (except Crystal season 1) and all the Outers. (Though I’m not at as fond as Manga/Crystal Haruka compared to her 90’s anime self)
Likes: kasumigenx, FloraKiraraHime and Princess Sugar Lily

Pluto...Venus was my younger self favorited character.
Likes: FloraKiraraHime, Princess Sugar Lily and B sizzle

Sailor Moon cause I relate to her personality wise .
Credit to Prince Rose for the image.

#EveryoneMatters
Likes: FloraKiraraHime, Princess Sugar Lily and B sizzle
B

I voted for mars because of her anime counterpart, which is very entertaining. Venus is to me the best across the two mediums I have seen all together, and she is a close second to anime mars. Then I would put usagi third barley over mercury who is fourth, she has a very entertaining personality despite being calm.
I like all of them honestly. Still have not see Saturn yet.
Likes: Princess Sugar Lily

My favorite Sailor Senshi is Rei Hino/Sailor Mars because I have a lot of things in common with her and I can relate to her too.
True love is everything!
Likes: Princess Sugar Lily

Click to expand...
This is the correct answer.
Likes: Princess Sugar Lily

I like Pluto as she is one of the more mature ones but my heart will always belong to Venus since she was my first anime crush and she does have a silly personality at times...

"Be the change that you wish to see in the world."-Gandhi
Likes: FloraKiraraHime and Princess Sugar Lily

I relate to Usagi!
My FF.net!

"Dreams are hopeless aspirations in hopes of coming true, believe in yourself, the rest is up to me and you." - Lisa "Left Eye" Lopes
July is Chibi Chibi Month!

I worship the Goddess of Love and War, Sailor Venus.
Insane fanwriter with a fixation for the Angel of Death. You can find my stories here

Sailor Mercury all the way!
Likes: AkSaber and Onuzim Ima

lord Martiya said:
I worship the Goddess of Love and War, Sailor Venus.
Click to expand...
Sorry, war? Would that not be Mars? lol I voted Minako because I really do look up to and relate to her, I love her underlying maturity and leadership and seeing the way she masks it makes her one of the more dimensional characters for me. I know Usagi is Minako 2.0 but I think Usagi’s character lacks the depth that Minako’s does in that she (Usagi) is genuinely lazy and irresponsible until it gets to the nitty gritty. Minako is genuinely a fierce and driven person and I think her less desirable character traits are a mask that she puts on in order to indulge herself and get a picture of the reality that average non super hero girls get to live in. On top of that I love how dramatic she is, but again, while Usagi is genuinely dramatic and plagued by it- Minako seems to be in on the joke when she’s the punchline. I appreciate that she’s flawed but offers up enough maturity to recognize and decide whether she’ll rise above her flaw in an instance or indulge it. I really think she’s got better main character makings than Usagi, and I would love to see Sailor V get some sort of adaptation in the future.

flockapowpow said:
Sorry, war? Would that not be Mars? lol
Click to expand...
Yes. Mars is the roman version of Ares, the God of War that haves two sons: Phobos and Deimos, the names of Reis Crows.
Likes: FloraKiraraHime

Sailor Moon.
I also really admire Neptune because of how feminine and elegant she is while still being such a strong character (at least in the 90s anime).
Characters who excel at art and music (I love the violin) are some of my favorites.
I also love mercury.

Least favorites would be the Starlights.
Likes: AkSaber and FloraKiraraHime

flockapowpow said:
Sorry, war? Would that not be Mars? lol
Click to expand...
Sailor Venus was called the Goddess of War by Ace (who knew her in the Silver Millennium) in the final chapter of Codename: Sailor V.

And that in addition to the immense portfolio of the Roman deity, that included beauty, love, war, and even victory, among other things. In fact all the love goddesses of the Middle East and the Mediterranean doubled as war goddesses. Even Aphrodite, though her cult eventually evolved away from that aspect in most Greek city-states (though the Aphrodite Areia, the Armed Aphrodite that was also a war goddess, persisted in Sparta, Taras, Cyprus, and other states).
Insane fanwriter with a fixation for the Angel of Death. You can find my stories here
You must log in or register to reply here.
Share: Facebook Twitter Reddit Pinterest Tumblr WhatsApp Email Link