In what other anime/manga/game would the villains fit?

Inspired by this thread here In what other anime would each senshi fit in well...? thought I’d make one for the villains as well.

I think the 90’s anime Black Moon Clan would fit perfectly into Inuyasha, especially since I already headcanon them as half-demons themselves being the reason for their ancestors banishment. They could commiserate with Inuyasha and the other hanyou of the series over being the victims of humans bigotry and hearing about the time Kikyo offered to make a wish on the Shikon Jewel to turn Inuyasha full human in order to marry him would remind the Clan of their ancestors offer by NQS to “purify” them. Kagome would actually support their ancestors decision and remind them that they’re fine just the way they are and should love and accept themselves despite their demon blood, she would be furious at the Neo Queen & King on their behalf!

The (90’s & Musical) Black Moon Clan would also fit well in the Tales Of Symphonia universe, again they would be able to relate to the half-elves discrimation and I can particularly see Demande and Mithos making an alliance when they see their goals align for the better treatment of their people, the Desians + the Black Moon teaming up? Replay Operation together with the Cruxis/Angel Project for the bettermentment of half-monsters & half-elves everywhere? Look out!

Demande on his own could work well in the Tokyo Mew Mew universe, something tells me he would get along with Kisshu, they could bond over their hopeless obsessions.

Might be a stretch, but I could see Black Lady relating heavily to (Manga/2019 anime) Fruits Basket’s Akito, especially 90’s anime Black Lady and her fear over not being loved, these two neglected children would be a dangerous duo of Wiseman got his hands on Akito and turned her into “Black Akito.”

Speaking of Wiseman, I’d like to see the 90’s anime self of him in Fruits Basket in particular just to see if he can try to out-manipulate the master manipulator Shigure himself lol.

90’s anime Amazon Trio & Quartet would also be interesting to see in the Fruits Basket universe because that entire season is based on dreams and finding the one “with the most beautiful dreams.” The entire character of Shigure is centered around his dream of one person - both figuratively and literally so it’d be interesting to see him as one of their targets. (Probably Fish-Eye’s since he’s a man and all, omg imagine Fish-Eye falling in love with him like he did Mamoru and also learning it’s hopeless because Shigure’s literal dream is an another person!

Tsundereshipper said:
Demande on his own could work well in the Tokyo Mew Mew universe, something tells me he would get along with Kisshu, they could bond over their hopeless obsessions.
Click to expand...
I love this! It's perfect! Quiche and Prince Diamond would make great friends.
My FF.net!

"Dreams are hopeless aspirations in hopes of coming true, believe in yourself, the rest is up to me and you." - Lisa "Left Eye" Lopes
July is Chibi Chibi Month!

kasumigenx said:
Manga Galaxia would be friends with Homura,
Click to expand...
You know what? I can actually see this since Manga Galaxia and Homura do have similiar goals in which the way they tackle the system, you lost me on Anthy befriending Anime Nehellenia though.
Likes: kasumigenx 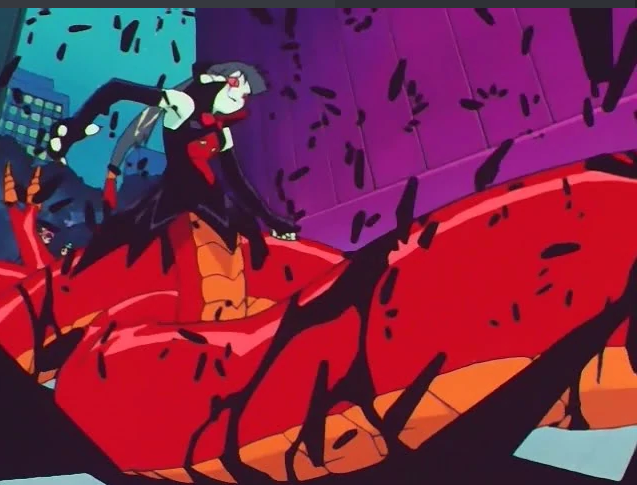 Anyone not familiar with the anime.

Given how their M.O.s resemble the Klyntar Symbiotes, the Death Busters would fit right in as characters in a Marvel video game like the Ultimate Alliance games.
Toorisugari no Slider da. Oboetoke!

I am the destroyer of worlds. Anything I touch will be destroyed
...or turned into a card.
http://i32.tinypic.com/315csia.jpg