Watchmojo... Not even going to watch it now, maybe later, but it's funny how the subjective list was mostly responded with other subjective lists without explanation.

Really? is that all? Why do you lower yourselves to their level? Look, here's a different way to toplist them characters:

#10: Haruka. I don't like her. I don't like how she's been used, I don't like how she's been Makoto+ in many respects, and how S made Outers >> Inners. Despite my isgivings though, she is conceptually solid. Not just solid but a definite improvement over the core cast in both fighting style and personality. More positive and negative traits, more and interesting situations and reactions, more varied approaches to fighting evil. Of course, she's handled poorly, as expected from the writing talent involved, but that's hardly her fault.
#9: Mars/Rei. She's the core character with probably the most developed background and life. Her combination of spiritual and fire magic is also a very potent combination and a boon when used creatively. Her dutiful personality and struggling life also gives great contrast to Usagi, who is a bit better off to say the least.
#8: Moon/Usagi. Yesh, main character, and engine of fun, heroism and emotion. At least for the first two seasons.
#7: Zoisite or however the copulation he is spelled. Sometimes you need a villain that you love to hate. He is that villain. Also Kristen Bishop had a great laugh with "her", something I'll never forget.
#6. Jupiter/Makoto. While she is a less refined version of Haruka, much of those "improvements" and refinements didn't quite work out. Jupiter's background is solid, her sense of justice and her use of physical might that could punish bullies but inadvertedly instilled a kind of fear that made her the odd one out without friends, an appreciable poetic irony. What's more, is that maybe she could have gotten all that screentime that Haruka did, had the writers involved decided to develop her further instead of making a new one.
#5: Jadeite. Whereas Zoisite was just someone I wanted to die. Jadeite... he was awesome. His designs to tap into our human faults: vanity, crowd mentality, following trends, and all the overhyped crap people do to this day, was deliciously meta. On top of that he kept close to our heroes with his magnificent disguises, and that produced many, many memorable scenes, and honestly I'm sad that he had to fail. I don't think there was any other villain that could have hooked me into the series like he did.
#4: Except for maybe Nephrite. If Jadeite was the campy, early 90s fun villain, Nephrite was the serious version. He upped the game, kept the sailors on their toes, and his turn from evil to good painted on the wall some very cool possibilities, as well as some very interestig questions about the nature of the generals, how much of them was evil by choice, and how much of them was evil because that was all they knew?
#3 Ali/En . I think the pic where they are lookimg at Makoto's food with a puzzled look trying to figure out what it is, plus, that they really just tried to survive, and happened to think they need to steal the energy for that, was a delicious twist on the anime's otherwise bland formula. I enjoyed rooting for them, and seeing their problems resolved was nothing if not the most satisfying sailor moon ending I experienced.
#2 Alexander (Yusuke) Amade. Yes, the minor character is, on my list, above both sailors and other dark entities, simply because his personal episode has so much of him crammed to it. A musician at a bar, and with an album, with a love for his producer, but filled with anxiety. Yet he overcame it with a very special helper, and was spurred into the most inspiring and heroic moment of the entire series: He tackled the bat monstergirl to save his love. Yep, a normal human without artistic protection (plot armor) against a monster he couldn't even comprehend. Yep. No matter how badass the rest of the cast was, this special kind of heroism was always and will forever be beyond them.
#1 Greg/Ryo Urawa. Hero of the imperium. If there ever was an episode that handled the question of past and present lives really well, and set up a good conflict, it was his. While Joe (understandably) ran away from his past, and tried to live a good life with his tiny magic trick, Greg was forced to remember, forced to know, and forced to see. He was not the one who has been asked "what can change the nature of a man?", but "what IS the nature of a man?". That is a planescape torment tier conflict crammed into 20 minutes. He was both a monster, a dark entity from the highest echelon directly below Queen Metallica, and a normal guy who just happened to have a special kind of foresight, and wanted to do something good with it, and he did his darnedest to fight that evil side. Watching Zoisite flood him with dark energy until he lost all his personality, and was reduced to repeating his name over and over was tragic. Later on seeing him manipulate the flow of fate to position everyone to the right place at the right time was just magnificent. And this was from a weak boy no less!

No it's not against any rules. It's just... kinda watchmojo-tier.

That was kind of my point though to nitpick a typical Mojo video that was about Sailor Moon because I was bored and I thought this was a more varied topic than just the umpteenth voice actor poll or fans complaining about what aspect of the show they hate the most again but I tried.

well, why not put that extra effort into it? I mean there is not much else to put your thought into.

All I can say is... Those feels listening to the old DiC dub. Ahh I will still forever love that dub, even if it was silly and corny.

Anyway I wish Jupiter was number 1. She was always my favourite. :love: ^this.
Jupiter is my n°1, but I'm biased.
Sailor Jupiter's preferred method of negotiation can be summed up in two words - SUPREME THUNDER

's quite popular among the male videogaming community. It's either her or For me Rei is joint 2nd with Minako.
Not sure I could actually put together a full top ten, as I haven't seen anything beyond R.
Sailor Jupiter's preferred method of negotiation can be summed up in two words - SUPREME THUNDER

I have not seen this video, so I can't form a concrete opinion.

^ it's posted as the first post - you may watch then discuss 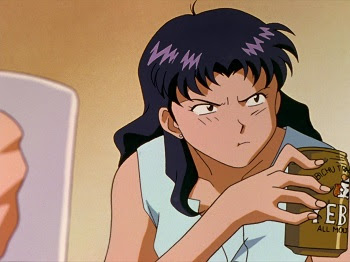 HM : Haruka (but she is irritating sometimes!!!!!) and Mistress 9