Why are Galaxy Cauldron forums so inactive?

redneonglow said:
Also, they told me I was not allowed to talk about YKYWTMSMW, because nobody knew what it was.
Click to expand... 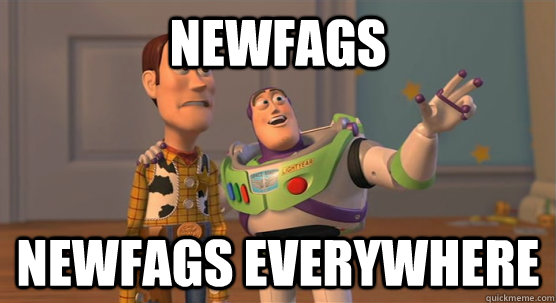 Prince Rose said:
...or as long as I have a wifi connection
Click to expand...
Are you stealing free wifi from your neighbours because you can't afford broadband?

It's really a balance between here and there. Here, the rules are far less strict, but there have been arguments in the past that have made me, personally uncomfortable posting, worried about blow back (I experienced my first internet flaming here, from a now banned member). While GC has some pretty strict rules which are enforced, but some people really like having that structure and safety.

It really all comes down to personal preference

magic713 said:
It really all comes down to personal preference
Click to expand...
Agreed - to each their own, & go to w/e site you like & suits you.

To be fair, one big reason another fan forum is inactive is an inescapable, undeniable truth that active Sailor Moon fans don't want to face.

Sailor Moon is not popular...and is decreasing in popularity.

This might seem to be at odds with me saying it's profitable, but it is only profitable today because the same five fans obsessively keep buying the tie-in products. The movies didn't do well in the box office and I suspect the media sales are disappointing. Why? Because it's the same old material regurgitated, except not even the same as it was for nostalgia sake.

Besides, most people use Reddit these days if they want to have in-depth discussion, and the Sailor Moon subreddit is fairly inactive. While 24K subscribers sounds like a lot, only 100 are those are active, the subreddit focuses mostly on fanart, videos, photos, collections, and the occasional post.

Tumblr used to be big years ago, but between general exodus and the fact that its very nature prevents discussion, you're not going to get much discussion there. If someone doesn't like you they block you, then they wonder why no one gives them feedback.

It also doesn't help that the Sailor Moon community has a bad reputation of not tolerating dissent. Has it gotten better? Absolutely and by leaps and bounds. But when there are stories of being prevented from writing "Sailor Scout" or registering in the name of Sailor Moon character, then the mere legacy of these restrictions prevent people from entering discussions at all. Unlike other fandoms with active products, those arguments are a lasting barrier to discussion.

Still, the main problem is popularity. The irony is that when fan projects do seem to take off with outsized success via shared factors, one path to revitalizing this franchise seems crystal clear, but it is the one path that existing fans have rejected. So this is the franchise you wanted; a franchise in a dead fandom.

I mean, they revived She-Ra and Voltron, two lesser and older franchises to much success. Sailor Moon has way more potential. But it will never achieve it at this rate. And we will have no one to talk to but ourselves.
Last edited: Jun 27, 2019
Princess Nadia - Code Name: Marle
Likes: ChampionOfNuggets and redneonglow

Maraviollantes said:
Are you stealing free wifi from your neighbours because you can't afford broadband?

Click to expand...
LOL nope I have my own but these are hard financial times for me these days so I have no idea what the future holds 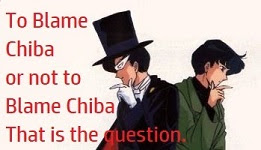 Another one bites the dust.

I left a message in their announcement thread welcoming members to join this forum instead.

Just to set the record straight, the forum is going to close, though it will still be available in Read-Only. And the community isn't going to completely scatter, they're putting all focus on the Discord instead.
Likes: FloraKiraraHime

I don't even know what a Discord is and I highly doubt that I would ever possess the technical conditions to join one of these.

P. S.: And which kind of forum - if they want to be taken seriously - would not allow their members to use canon characters as nicknames?
Last edited: Jun 27, 2019

Onuzim Ima said:
P. S.: And which kind of forum - if they want to be taken seriously - would not allow their members to use canon characters as nicknames?
Click to expand...
Oh, that's because the admins already use those names and are referred by Sailor Mercury, Sailor Mars, etc. and that rule was probably created not to create confusion, I believe.

I actually quite enjoyed being part of their forums, their events and activities were pretty fun but eh, each to their own.

That can be attributed to the fact members and over there have aged. Also its now competing with both Discord and Facebook.

With Facebook there's 3 big groups. It's pretty much a reflection of when this place had so much activity. Crystal vs 90's, some member fighting with everyone and a few topics that have been discussed here before.

Currently one of the Sailormoon Facebook page post shared in one of the groups.
I love Sailor Moon

Sakuranbo said:
I used to be on the Galaxy Cauldron forum back when it used to be active and it's too bad that it got shut down because not a lot of people were active on it. Another Sailor Moon forum called Club Sailor Moon also got shut down for the same reason. So look like the only Sailor Moon forum that is still active now is this one.
Click to expand...
It's like the death of the universe - the stars becoming black holes one by one, & then even the black holes themselves "evaporating" one by one. lol I hope this site can last as long as it can.

Rika-Chicchi said:
It's like the death of the universe - the stars becoming black holes one by one, & then even the black holes themselves "evaporating" one by one. lol I hope this site can last as long as it can.
Click to expand...
Yeah that's what it looks like pretty much and I hope that this forum would be around for many years too.
True love is everything!
Likes: Neo King Rose

Rika-Chicchi said:
It's like the death of the universe - the stars becoming black holes one by one, & then even the black holes themselves "evaporating" one by one. lol I hope this site can last as long as it can.
Click to expand...
and it's all Chiba's doing

Somewhere in Time and Space